The Dry Canyon and Glowworm Tunnel 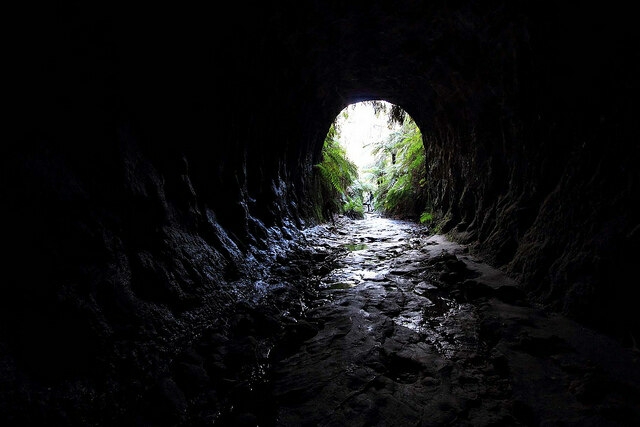 Towards to start of the walk we passed a campsite and before long we reached a small gully that marked the start of the canyon. 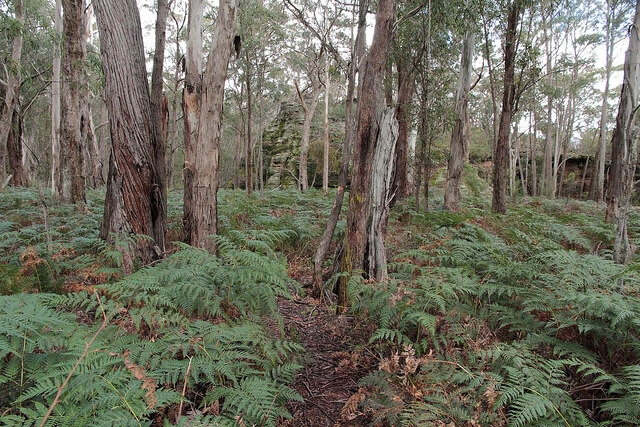 We walked through the first constriction of the canyon. It then opened up to a dry creek bed before taking us to the lower and more spectacular canyon constriction.

After absorbing the pleasant views we walked back through the canyon and drove to the end of Glowworm Tunnel road, through the first of two historic railway tunnels. We parked our car here and walked 2km to the second, longer Glowworm Tunnel. 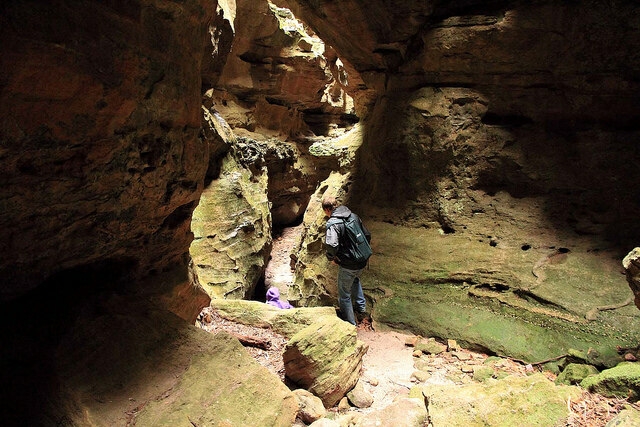 Peggy and Wannes in the main constriction (photo Albert Chetcuti)

We had brought just one head torch between us (leaving the rest in the car). After walking about 50 meters into the tunnel, it was very difficult to see in the darkness. Albert was the one in possession of a head torch. He took a long time fiddling around trying to find which pocket he had put it in. By the time he found it and switched it on, we realised we had lost Wannes!

He must have walked ahead of us, so we proceeded further into the tunnel. After a while there was still no sign of Wannes, we were amazed that he was able to walk so far and so fast in pitch darkness without a head torch!

Eventually, when we’d gone about half way through the tunnel, we saw a guy walk straight past us in the opposite direction. It was Wannes. He had missed us in the darkness! 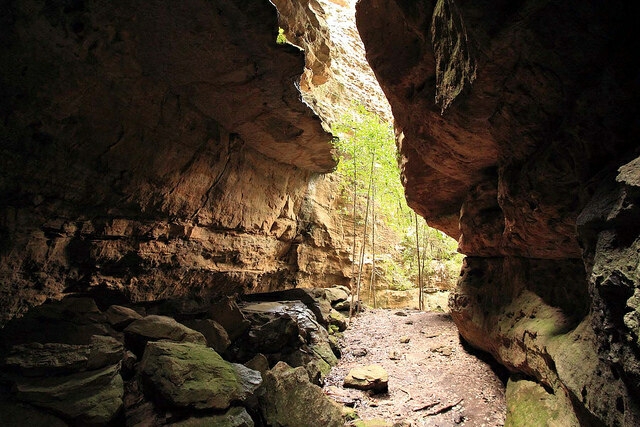 Near the end of the canyon (photo Albert Chetcuti)

He said he had walked the entire length of the tunnel and was on his way back. He said he couldn’t see us and started following a couple that he had mistaken for us! They were very nice to him and were helping him by shining their head torch where he was stepping. When he got to the end of the tunnel with this couple, there was finally sunlight and he could see again. It was at this point that he realised he wasn’t walking with us, he was walking with a couple of nice strangers.

We all had a good laugh at this and after enjoying some more glow worms, we headed back through the tunnel to the car.

We then drove back to Barcoo Swamp where we were all camping. 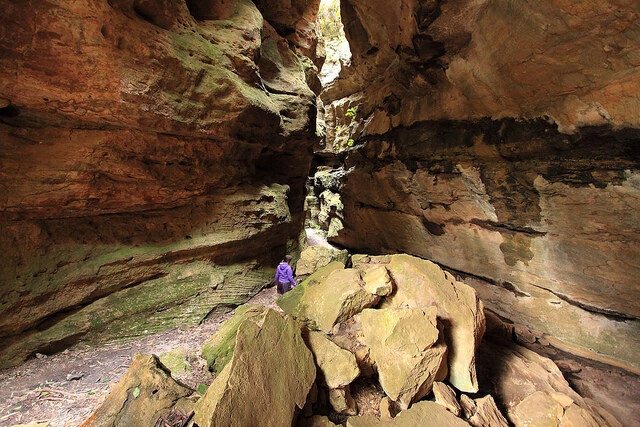 Returning back through the canyon (photo Albert Chetcuti)