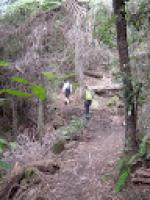 Four of us set out in Ben’s care for a trip up to Katoomba, where we met up with Zoe and Ashleigh, and then collected Lilian off the train. Then a short drive to the Victoria Lookout kiosk where we parked cars and headed off to Furbers Steps and down into the Jamieson Valley. There are…

As some may remember from an earlier post of mine, I had decided completing the whole Great North Walk in sections was part of my 2012 New Years Resolution. I have since managed to walk both Berowra to Brooklyn in a day and Thornleigh to Mt Kuringai in another day. Before crossing to complete the sections past the Hawkesbury I wanted to walk the part to the City.

As we drove up the mountains, through constant drizzle, it was looking like we’d be stuck with a pretty miserable day. But the three boys in the back of the car, aged nine, four and two, weren’t deterred. It was the last day of school holidays and they were desperate for an adventure! 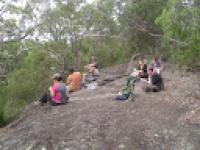 After arrival at Cowan Station, with numbers lesser than expected, we all set out along the section of the Great North Walk between Cowan and Brooklyn. The walk crosses over the F3 Freeway and then a sheltered valley to Jerusalem Bay. It is evident that “improvements” in the form of extra cut steps and hand rails are intruding on what has always been a basic but attractive bush track. Anyway, after… 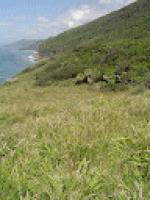 When I first began bushwalking, I remember being easily amazed by almost everything I experienced. While I’m still just as passionate about nature and the Aussie bush, the reality is that experience seems to take away a little of the wonder. Even the physical excitement, the adrenalin, inevitably lessens with each dicey scramble or long abseil.

Based on the number of leeches that attacked me the last time I led a tripout to Splendor Rock, Kosta and I decided to put a leech disclaimer in the advert for the 2012 Freshers Trip. Thanks to the glorious El Nino conditions, the friendly leeches of Carlons creek have gone forth and multiplied, seemily beyond any reasonable or polite carrying capasity. Nevertheless, it did not deter all of our SUBW freshers from heading out a few weekends ago.

A lazy visit to Kangaroo Valley and Drawing Room Rocks

Pulling in to the Bendeela campground, it looked like the trip had started off poorly. The scene was reminiscent of a refugee camp, with what seemed like hundreds of people – complete with cars, caravans, tents, tarps, and camp chairs – packed into a paddock about the size of a football field. 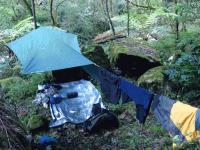 We met up in Kanangra early on Saturday morning. Here we consolidated our gear and decided to have a crack at both Dione Dell and Middle Christys over the two days we had. I also persuaded Tony and Sharon to leave behind their stoves as we’d have a camp fire instead.