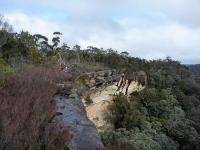 A wet and windy week in the Blue Breaks

We made our way out to Oberon on the Sunday, at a lazy time, but were still in a pretty poor state, with a very hung over Stephen (his brother got married the day before) and Joshua increasingly worried that his jaw was infected after having a molar removed a few days earlier.

Only two brave SUBWarians choose to venture into the darkness of last Wednesday night. It was an overcast night that greeted us as we both ventured into the wilderness. Not that we’d hadn’t done the Oaks trail before, but we choose to ride the trail when most would rather not. The trip was planned to coincide with the full moon, but unfortunately a heavy layer of cloud had drifted across the blueys, negating the advantage we had with this timely adventure.

Well nine eager, but equally cold walkers met at the Circular Quay Ferry Terminal a little before 9am this morning to embark upon a journey to the other side AKA The North Shore. We alighted at Taronga Zoo and ambled up the road, successfully identifying our first path and off we went. After about 10mins of gentle walking did I notice that infact our group had now swelled to ’10’ with the arrival of Dimitri. 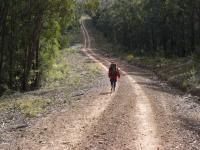 Myself and Saul caught a train to Mittagong, where we met Sarah and her partner James who had driven up from Canberra. The plan was to drive out to the start of the walk near Hilltop, then for James, who had only come for the first day to drive the car back to Canberra.

BWRS Navshield snuck up on us again last weekend — basically, 29 hours of running around in the trees, squinting at compasses and freezing your giblets off, in the hope of taking home the prized Navigation Shield. It’s like a rogaine, but you carry full overnight packs.