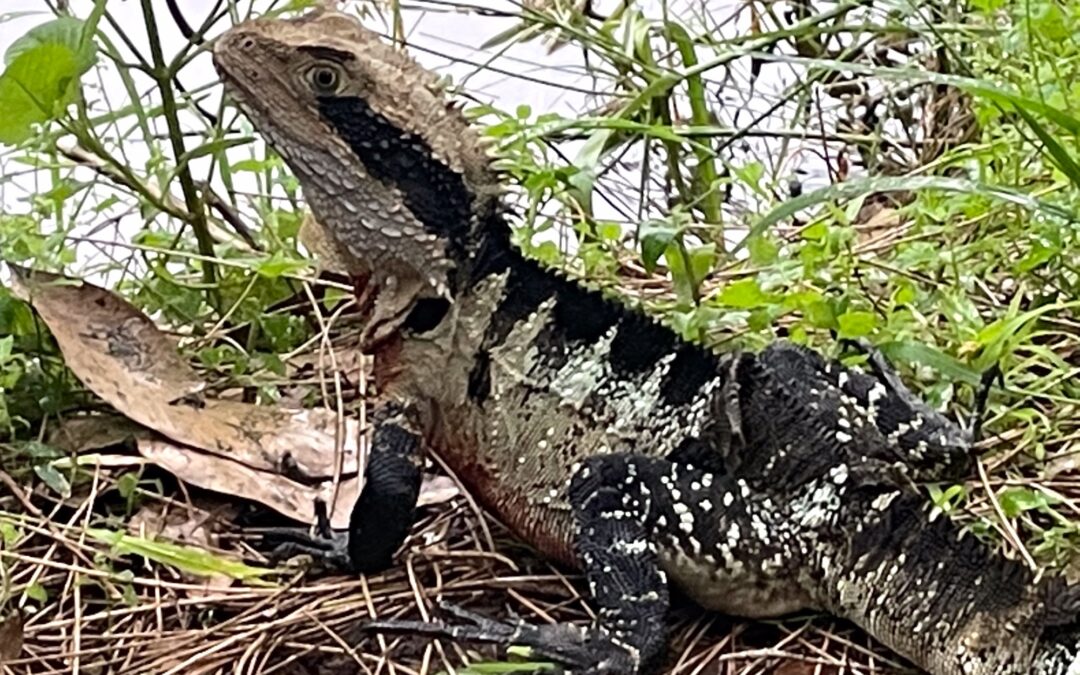 Before this walk, the weather forecast said that there would be moderate showers in the Parramatta area. It was right on the edge for me to cancel the walk or not, so I decided to let the walk go ahead and see if anyone showed up. I texted everyone that it was due to rain, so it was up to them whether they wanted to come or not, and once I got there and waited for everyone, to my surprise everyone showed up! And, it turned out to only lightly rain on the walk, and there were no issues with mud or puddles either!

We saw a surprising amount of wildlife on the walk, we saw two plovers (masked lapwing), a colony of flying foxes, a big water dragon, ducks and later ducklings, and other birds too! The river was high today, because it had just rained. I was surprised when we came across what looked like a mini dam in the middle of the river at one point as well. Parramatta Park was very spacious, and so was the walk along the river. And maybe it was just because it was raining, but the entire walk was quiet and not crowded, which was nice.

We walked down the road from Westmead station to Parramatta Park. When the road ended, we continued along the edge of the park until we found an entrance to the park, but looking back, there is an entrance to the park right where the road ends. When we got into the park, the path consisted of a road with a lane for pedestrians, a lane for cyclists, and a lane for cars that looped around the park. The path was apparently one way only as well, for everyone, pedestrians/cyclists/cars. We followed the path and then crossed a green metal bridge that’s in one of the pictures to get to the other side of the river. Then we followed the path next to the river, crossed a bridge called Gasworks Bridge, and followed the path on the other side of the river until it was a dead end. Then we crossed again and came back to Parramatta Park on the same path we came from. There were a lot of pedestrian-only bridges that crossed the river, so a shorter or longer walk would have had river crossing points too. The walk was about 2 hours (~7k).

I recorded the route on my Strava and Alltrails, here are the links:

Water: Maybe there is, but I didn’t see any