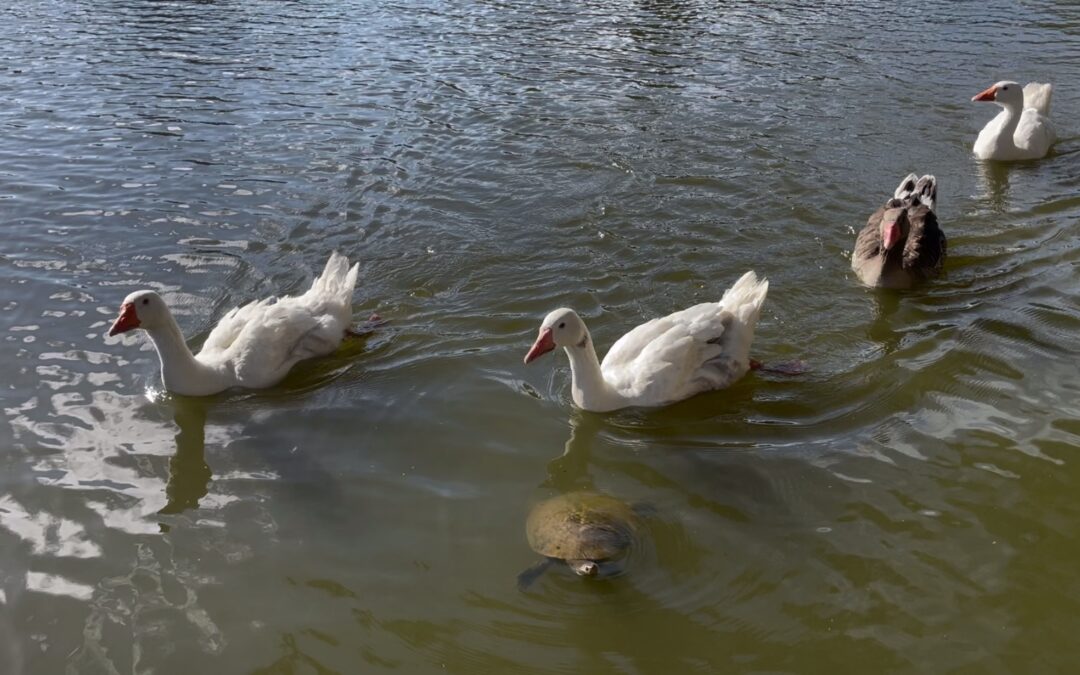 Centennial Park was a really awesome walk. Centennial Park was very spacious and peaceful, with lots of big trees, huge grassy fields and some animal sounds in the air. John mostly lead the way because he had been to Centennial Park before, and we saw a bunch of cool stuff! We had turtles, giant carp, and a bunch of geese come over to us when we walked over to the side of a pond! In another pond we saw black swans as well. The ponds in the park were full of lillypads. Also, in one area of the park we saw hundreds of bats sleeping in trees, because apparently there is a colony of bats in Centennial Park. We actually ran into a volunteer that looked after the bat colony that had a camera with a huge telescopic lens, and he answered all our questions about bats. By the bat colony there was a very small loop of trail that had rainforest around it as well! I didn’t expect to feel like I was walking in the bush in Centennial Park. John also pointed out the place in which Australia was declared a nation by the colonists, that was pretty cool. It had a monument on it called Federation Pavilion. There was also a path in the park specifically for people riding horses, and we saw some horses in a sand arena that I sadly forgot to take pictures of.

The route: We met outside John Bell pharmacy just outside Centennial Park. We didn’t really stick to the trails in Centennial Park, we cut across the grass a lot. The bat colony and the rainforest part were in the very center of the park. We walked for a little over 2 hours, stopping a lot to look at animals.

Water: Surprisingly, I didn’t see any bubblers, so BYO water.

Driving info: Centennial Park has free parking, and the majority of it doesn’t have a time limit, but some of it does. Centennial Park is open 24/7 for pedestrians, but for cars the gates shut at certain times, so if people are driving it might be best to check when those times are.