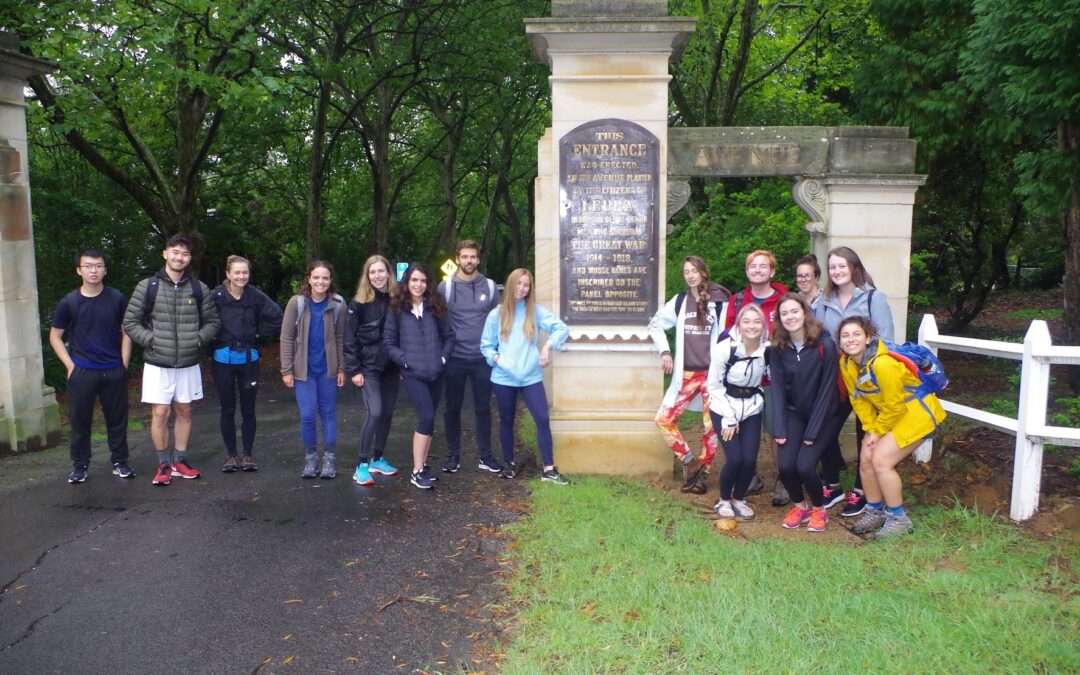 Unfortunately one outright “no show”, from whom I have still heard nothing.

Note that this trip occured in pre-COVID19 conditions hence the numbers.

There were a few changes made in the itinerary, some made as we went along to suit the conditions, and a couple forced by unexpected track closures. The day started off with a glitch when I was almost arrived at my local railway station and looked for my Opal card in my wallet – and it wasn’t there! Not knowing if my credit card could be used for a contactless payment, I had no choice but to return home (thankfully less than 10 minutes away), find the Opal card, or go to Woy Woy where single trip Opal cards can be bought. It turned out that my Opal Card was still in the pocket of the heavy raincoat I had worn when attending the SUBW AGM the previous Thursday. I still had to drive to Woy Woy anyway as the next train wasn’t tabled to stop at my station. Still, this train (express from Newcastle), would arrive at Strathfield with a 20 minute wait until the Blue Mountains train to Leura, so I texted everyone (except those whose contact numbers are U.S. mobile numbers!) that I would be getting on at Strathfield but to get on the train at Central as originally planned. Two people however, Rickie and Aiman, missed the train and said that they would be on the next train 30 minutes later. I advised them that I couldn’t hold up the group until the next train arrived at Leura, and that they should make their way directly to Gordon Falls Reserve by road, and they could probably catch up with us eventually. More about that later.

We had an uneventful train trip to Leura with some rain showers passing through Hazelbrook, but at Leura the showers had passed. We walked down Leura Mall to the “compulsory” loo top, then continued along onto Malvern Street to the gates of the Leura Memorial Park. A group photo was taken, then we continued along Lone Pine Avenue (a dirt road) then onto the section of it that is gated so it is pedestrian only. Arriving at the start of the Lyrebird Dell track (and the new plaque there – see photo), I was a bit reluctant at first to go down it as it is somewhat overgrown and people’s clothes would get wet from the soggy vegetation. Everyone however was by then wearing a rain cover as we had got a very light brief rain shower there, and everyone was unanimous in wanting to go down the track. So down we went. The track is worn and looks like it hasn’t been upgraded since 1918!

At Lyrebird Dell pool a Yabbie was seen. It was hard to see at first as they are very well camouflaged the same colour as the rocks and sand. Soon its bright red claws gave it away, especially as it decided to move away from us. I need to mention that it is illegal to catch these freshwater crayfish in national parks and state reserves, just like any other native animal. Those that are farmed, or caught in rivers outside reserves are OK to catch, but you still must have a Fishing Licence in NSW to do that.

After the Yabbie sighting, we continued along the rough track which crossed Gordon Creek and continued down until reaching the Pool of Siloam. This pool has a waterfall which like the one at Lyrebird Dell was running well after the rains.

Then it was the hard slog up what I call the “never ending steps” (because they seem to never end) to Gordon Falls Park. There we found Aiman who had walked straight down the road from Leura and was waiting there for us. I also got a text from Rickie who asked where we were. When I said Gordon Falls Park she said she had just left there and had been given a lift by a local to bypass the section of Prince Henry Cliff Walk that was closed due to landslides (Gordon Falls lookout to Elysium Rock). I asked where she was, and when she spelled the word “FEDERAL” I realised that she was now far ahead of us on Federal Pass and must have been dropped off near Leura Cascades! She then decided to just do the walk on her own and maybe catch up with us at Katoomba later on. We bypassed the landslide by walking along Olympian Parade a short distance then down the track to Olympian Rock and lookout. The landslide blockage also meant that we couldn’t cross the Dangerous Rabbit Bridge there (like in “Monty Python and the Holy Grail” movie). I actually could have gone down another track to get onto Prince Henry Walk a bit earlier at Elysium lookout but it didn’t really matter as the views at Olympian Rock are just as good and we saved a bit of time.

A short morning tea break at Olympian Lookout, then we continued along Prince Henry Cliff Walk which had been affected by the recent rains and had lots of puddles and muddy in places. We made a wrong turn onto what I though was Bridal Veil Lookout – but wasn’t, then found the right track to the lookout a bit further on. The lookout gives a fine view of the Bridal Veil Falls, but too small an area to sit for lunch, so after photos we moved on.

This unexpected change meant that we went down to Leura Cascades after all (thinking earlier we would miss them) and the Cascades have a lot of debris around including one entire large tree with its roots! The tracks had had a bit of damage too but were easily passable. From the Cascades the track rises up many steps until regaining the Prince Henry Walk past its western closure point. It then levels out and then we came to a side track to “Bridal Veil Lookout”, which had a large enough area on dry rocks for lunch. It also had a grand view of Mt Solitary and Jamison Valley. We were also visited by four Skinks; I suspect they get fed by picnickers and probably expected some from us (maybe get a few crumbs after we left).

After lunch we continued along until we came to a track junction with a sign pointing to Federal Pass. I was aware that parts of Amphitheatre track and Dardanelles track were closed by rockfalls so I decided we couldn’t risk descending all the way down only to find a dead-end and have to come all the way back up again. That meant continuing along the trackPrince Henry Walk then follows the cliff top, undulating for a few km until reaching the touristy area near The Three Sisters, where it suddenly joins a wide concrete path with lots of tourists. I had previously at lunch said that we would give a walk down the Giant Stairway a miss as it could take too long, as it gets clogged with tourists. Four of the group apparently didn’t hear this, as after they had fallen back a bit to take photos at Honeymoon Lookout along our track, they then turned off along the side track to the Giant Stairway. When we arrived at Echo Point Aiman reported that the last four were a little bit behind and would catch up. Of course there was another “compulsory” loo stop here, and after 5 minutes I got a call from one of the four to ask where we were. I told her we are at Echo Point and she said they were at the top of the Giant Stairway waiting. I told her we weren’t going that way and to continue to Echo Point. After about 10 minutes they caught up. I had decided that there was not really much to be gained by going down Giant Stairway and back up Furber Steps now; time was getting away and these two are better done on a longer walk like to Ruined Castle, or when it is possible to go along the Amphitheatre Track to Dardanelles Pass (when they eventually open again).

Echo Point was crowded with tourists (as usual in pre-Pandemic days), and I set off along the Clifftop Track which terminates at Scenic World. There are also view spots along it just as good as at Echo Point but accessed by the Track which is a bit rough and muddy with several steps. We stopped briefly at one of these for photos, then proceeded up another long set of steps to reach Panorama Drive (in fact I should have gone left at a track junction at the foot of that long flight of steps). The error was fortuitous however as a short walk took us to the end of Katoomba Street, the main street which leads straight to the shops and the railway at Katoomba under 2 km away (although with two steep hills along the way). I decided to abandon a previous plan to follow Prince Henry Cliff Walk as far as Scenic World (and then cut short to go only to the kiosk near Furbers Steps and await a bus), as time was starting to get short. We wanted to make the 4.22pm train from Katoomba and from where we were that was easily achievable with a coffee stop as well.

So off we went on the final leg of the walk along Katoomba Street, which climbs a steep hill and then comes to the shopping strip, and the Hatter’s Cafe. We had 30 minutes to spare so enough time to order coffee for the 6 that wanted it, and it was served after about 5 minutes. Meanwhile some others from the group went to the nearby Aldi to do a bit of shopping. After coffee it was another steep but thankfully short hill down to the station with 5 minutes before train time. There were dark clouds in the eastern sky suggesting more rain was coming.

It was an enjoyable walk and gave several walkers their first experience of the Blue Mountains and the sort of tracks to expect on bushwalks. The weather was kind to us too; almost no rain and what there was was very light and very brief. We even had the sun come out for a short while at lunch. Temperature stayed at about 18 degrees. Also, Rickie ended up going back to Sydney on the train ahead of us.