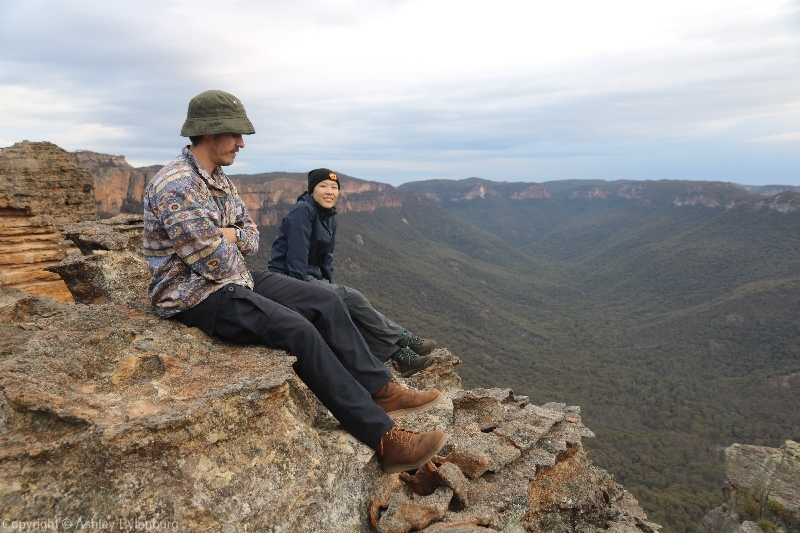 What is it about the Red Rocks and eclipses? In just under 10 years from now we’ll be heading to the Red Rocks for my total solar eclipse Red Rocks birthday party, and here we were late on a Friday night scrambling up Donkey Mountain to get ready for the longest total lunar eclipse for the next 100 or more years.

Yes we did. It was indeed a very cold and frosty evening when we parked at the foot of Donkey Mountain under the light of a full uneclipsed moon high in the sky. Carrying just our tents, sleeping bags and breakfast we scrambled up Donkey Mountain in the dark until at last just before midnight we emerged on one of the summit blocks with clear views to the west and southwest. It was just on midnight and in a few hours the eclipse would begin.

But the clouds were already moving in. When I got up at 4am there was no moon in sight. A blanket of grey cloud obscured the moon which was of very subdued brightness anyway due to the effects of the eclipse. So with nothing to see I told the others to stay in bed and I crawled back into the tent to snatch a few more hours sleep before the coming dawn.

Already by the time we got up there were gaps in the cloud, the timing of cloud and eclipse was uncannily unfortunate. Patchy sunlight revealed spectacular surrounds, the pagodas of Donkey Mountain, parched farmland, a rather out of place looking Wolgan Valley resort, and rims of cliff beyond. We had a cup of tea and breakfast up here on Donkey Mountain before heading back down to the car and driving the last 10km into Newnes.

We were now ready to start the main component of the weekend’s walking, the Red Rocks Traverse. The long dry spell meant we would not find any water for the next 27 hours or so, so we filled water bottles and carrying packs laden with water we set off. The walk began with a short walk along a 4WD trail, followed by a steep and slow climb to the base of a wall of tall cliffs. These could be outflanked by sidling, and with some further climbing with packs laden with water we emerged at the top of cliffs for some fine views back down the valley towards Newnes. After a nice break for some photos we continued along a broad ridge, climbing steadily. We entered an area of complex pagodas, where the route along the ridge had to be picked by trial and error, ducking and weaving to find a navigable route around and over numerous obstacles. We stopped for lunch on one such pagoda, a nice platforms with views to the south down tributaries of the gaping Wolgan valley.

After lunch we made our way past a delicate arch and onwards to Mt Dawson. The summit of Mt Dawson is the highest point on the Red Rocks traversed and offered us panoramic views across the Capertee Valley. A cool breeze was blowing but the sun shone weakly and provided soft and hazy lighting for the views of green, ochre and brown. The parched farmland and empty dams was amongst the driest I have ever seen in this area.

From here the Red Rocks walk follows the escarpment and offers continuing spectacular views and many interesting rock formations. A huge crack in the ground indicated where a section of cliff is slowly breaking away and will one day collapse into the valley. Many other fissures and cracks could be seen amid what was a landscape of faltering cliffs. We passed through a slot and emerged above Ross’ Knob and it was here that we decided we’d camp. It was only about 4pm so that left plenty of time to settle into camp and spend time at the nearby cliff edge admiring the views. As the sun moved closer to the horizon it became obscured by cloud and so there would be no sunset visible this time. We had a nice campfire chat and by about mid-evening it began raining steadily so we called it quits.

The rain was reasonably sustained, though light, overnight, considering the dry spell that we are in. The bush was damp and rock pools were everywhere when morning came. It can still rain here after all. The clouds soon cleared though and it would become a crystal clear day with a cold wind blowing. We continued along the Red Rocks to the Pagoda of Death. Both Stella and Joseph enjoyed the exposed climbing down this steep pagoda, stepping from shelf to shelf and then across a gap and down steeply before the final jump to the very bottom. We dropped packs in a saddle and continued to The Room where we stopped for a group photo and to lounge on The Balcony with panoramic views and beautiful sunshine.

Then we returned to our packs and descended a gully until we reached an open grassy area where we had a pleasant lunch and consumed our remaining water and food. From here it was only a short walk back to the car.

Another great Red Rocks trip and spectacular views enjoyed by all.