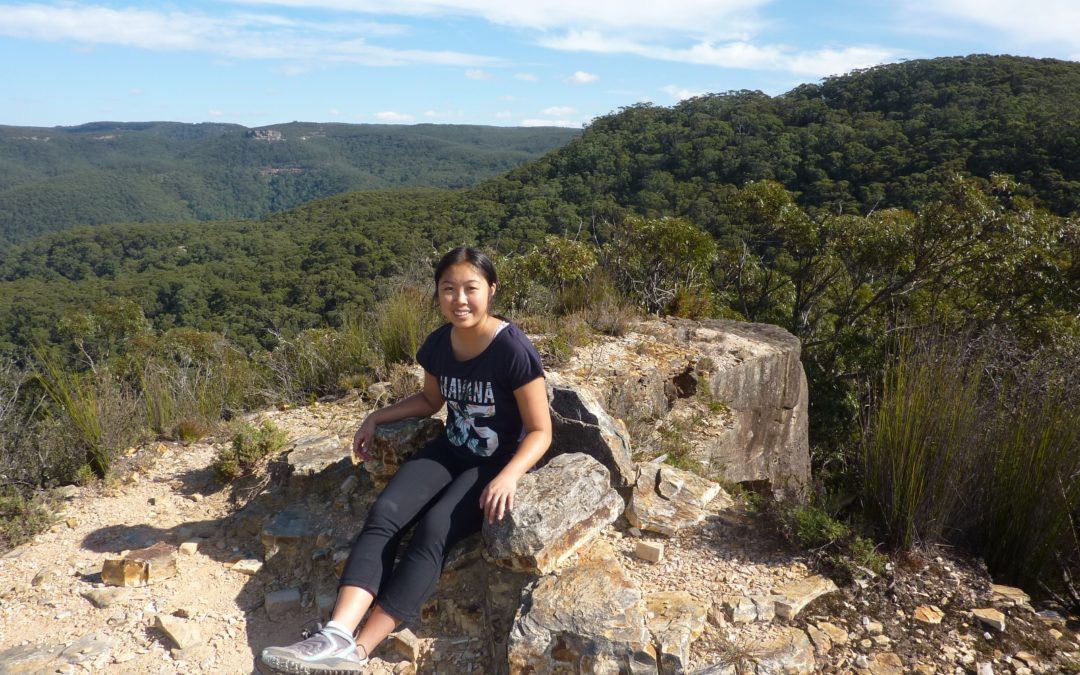 The plan was to get out to Kanangra and use a few days to get a good look at the place. Originally it was thought to head down Brumby Ridge, along the river and back up Gingra Range trail, however I was already doubtful of the use of a longish day just heading up Gingra Range trail, based on some advice and some comments online, so ended up heading out with an idea that we would more likely return via Hughes or Brumby Ridges instead. So with only one other signing up for the trip, I arranged to pick up Chelsea from Strathfield station on the way down on Wednesday.

Wednesday was spent driving out; the (amended) plan being to allow us to get to Coal Seam Cave for the first night. I left home and drove through ominous rain for at least an hour or so, but it had cleared up by the time I reached the Central Coast and thankfully wasn’t seen again. I met Chelsea at Strathfield Station a little before midday; a series of small delays on the trip out meant we arrived at the carpark at Kanangra at about 4pm. So after getting our gear together and walking off at around 4:20pm, it was doubtful we would be camping at Coal Seam Cave, it being around an hour away. However, I thought we would see how we went, as we would pass Dance Floor Cave which we could stay in if needed. So by the time we walked the short distance to Dance Floor Cave, it was decided to stay there for the night, the extra time to be walked the next day was not a big deal and gave us time to set up camp and have a small fire, boiling some water to add to our supplies (there is a concrete cylinder collecting water dripping from the roof) After cooking dinner and eating it was decided a quick 5 minute walk up onto the plateau would be interesting to look out over the walls, since there was a full(ish) moon. It was a nice view, however we returned before too long to the relative warmth of the cave, and fire.

Waking up, we soon had breakfast and broke camp, leaving by about 9am. It was a quick walk up onto the plateau and along the walls with a couple of stops to look out at the view. Before long it appeared we were at the described large rocky clearing, so we took the right –hand fork and headed South. Soon reaching the edge of the plateau, we dropped down over the cliff line and walked along into Coal Seam Cave. It had taken us around 1.5 hours so it definitely would not have been wise to have attempted to make it the previous evening. We stopped here for a quick snack then headed onwards down the Gingra Range trail. Soon we reached the track to Cottage Rock veering upwards to the right, so made the brief detour to have a look. Someone has helpfully made a pile of rocks to aid climbing onto the top so we climbed up and admired the view from the top,  having a rest in the Rock “lounge chair” whilst on Cottage Rock. Continuing back to the main trail, we soon noticed the faint track veering off towards Bullhead Mountain, and continued onwards on the main trail. After a knoll or two the track climbs steeply up to First Top Mountain, where we turned right to head down Brumby Ridge. The going was fairly steep at times and rocky, with a bit of a track that tended to come and go, but it was easy enough to navigate down to Orange Bluff. Small spot fires were smouldering on the other side of the river, presumably from embers from burn-offs a little way off. However, we would be heading away from them, and the ground had minimal fuel. At the bottom we stopped for an afternoon snack, having had lunch part way down Brumby Ridge. It was decided to continue on from Orange Bluff and make for the described campsite at Rainbow Bluff, it being only around 3pm. So we had an hour or so of picturesque walking up the river, passing some great swimming spots (if it had been warmer) and soon saw what appeared to be the coloured rocks of Rainbow Bluff up ahead. The Compass indicated that they were facing the right way, and soon we rounded the bend and the wide grassy flats confirmed that we had arrived. It was a little after 4, so we set up our tents and got a fire going, utilising some handy rock seats already set up around a previous fireplace. The weather was quite mild, with light cloud coming and going overhead.

We were up and heading off after breakfast a bit after 9:30, with our aim to head down the river until lunchtime and then decide whether to continue onwards or return a similar, or the same way back. The river appeared to be much lower than usual, judging by the watermarks on the rocks, which made our walking easy, as we were able to easily switch from side to side depending on thickness of scrub etc. We soon reached a large open area with a gully heading South and stopped for some food and to consult the map. It was soon apparent that we were about a kilometre from Ferny Flat Creek and Hughes Ridge, so soon continued on, passing numerous cattle bones, and a fresh looking skeleton which neither of us could identify conclusively. Continuing along the river, we were then greeted by a large eagle peering down at us from one of the trees. It appeared quite unconcerned by us and simply maintained a watchful eye as I took a few photos. Continuing on, we approached what appeared to be Ferny Flat and could make out what I assumed to be Hughes Ridge and Ferny Flat Creek on the other side of the river. We decided to continue until lunchtime, passing some wider and deeper parts of the river where large fish were seen lazily swimming by. After another kilometre or so we stopped for lunch, and it was then time to get the GPS to confirm our location. It confirmed that it was indeed Ferny Flat Creek and Hughes Ridge that we had assumed we had passed earlier. So after tossing up the option of continuing down the river and back up Gingra Range Trail, and it being quite a distance to cover in a day and a half, we decided to head back the way we had come. So on the way back, I had a quick scout across the river and up Hughes Ridge, but as it was still early, and the nice campground at Rainbow Flat seemed appealing, it was decided to head back there for the night. Unfortunately, my timing was a little optimistic and we’ll just say the sun decided to drop a bit quicker than I expected which left us “pressing on” a bit beyond a sensible time and getting back to Rainbow Flat a little after dark. Thankfully it was a familiar campsite and we soon had our tents set up and a fire going again with dinner following not long after.

Once again we were off by around 9am, retracing our route along the river towards Orange Bluff. Though we had been this way already, we ended up walking back on different sides here and there to where we had come along previously, and with the reverse direction there were still things we hadn’t seen before. After a while we startled something up ahead, which turned out to be a wild pig which quickly ran off out of sight. Soon we were back at Orange Bluff where we had some food and filled up our water, then headed back up Brumby Ridge. Part way up we stopped for some lunch where we saw the first people we had seen since we left the carpark on Wednesday; a group heading down to the river. We then also encountered the first light rain we had seen the whole trip, but thankfully it was short lived, though the cloud hung around and on top of Cottage Rock it was almost a white out compared to the blue skies of a couple of days prior. Soon we were back at Coal Seam Cave and decided to press on to Dance Floor Cave for the night. Coal Seam Cave seemed dreary and cold, being open to the South and exposed to the wind. So whilst it took slightly longer than we remembered to walk back to Dance Floor Cave, we still arrived with plenty of time to set up camp, it being more sheltered on what seemed to be the coldest night of the trip, where the rain lightly drizzled for most of the night. I must have been tired, as somehow I managed to misread my mobile and after we had retired for the night Chelsea called out from her tent that it wasn’t 10:40pm as I had thought, but only 8:40pm! At least it was a chance for a long sleep before the drive home.

One again, we were packed up and left camp around 9, walking the short distance back to the car. (The temperature was still only 8 degrees at about 10 on the way out, confirming my thoughts about the coldness of the night before)

We managed to stop a couple of times to see some small Kangaroos / Wallabies on the sides of the road out. Chelsea was somewhat disappointed not to see any wombats during the trip, though there had been numerous burrows along the river.

We headed back using the detour suggested; going back past through Oberon, and I recommend it; it is much easier than the steep and winding route via Jenolan Caves.

Overall, an enjoyable and worthwhile trip. I’d probably cram a little less into each day next time, allowing some more time to relax at the end of the day, though I’m glad to have seen what we saw and to now have an idea of the area and how much can be realistically covered in a trip. And as noted in the track notes, stick to the Southern bank of the river – it didn’t concern us with the low water level, but upon returning we mainly did, and found a bit of a foot track most of the way.

Notes used were from Tom Brennan’s website which were quite useful.