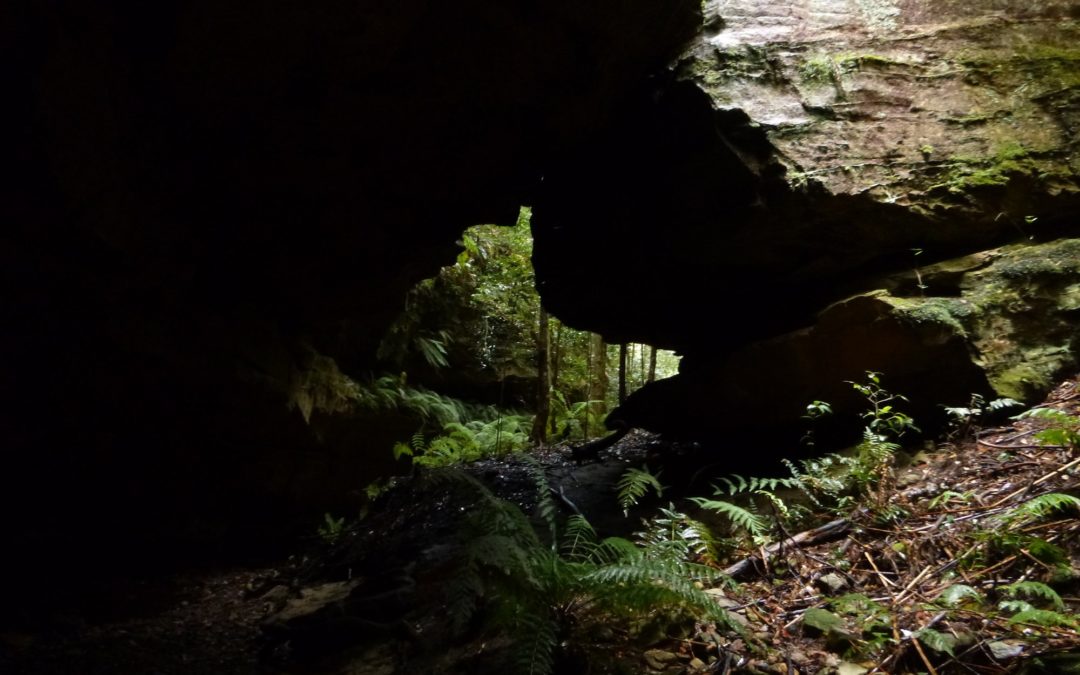 We met at the North Richmond bakehouse early Sunday morning and car pooled into 3 cars to the clearing that is right on the turnoff of the Mt Wilson road. The 3 car drivers did the car shuffle leaving 2 vehicles at pierces pass and the other at the Mt Wilson Turnoff. Once all our gear was organized we set off along the Yileen canyon track admiring the views along the way.

Down into the creek near the start of the first little canyon section a small clearing was used for us to get ourselves organized with wet suits and abseiling gear to change into.

Due to the recent rain there was a good flow of water throughout the canyon which added to the excitement especially when abseiling down in the flows of the water on some of the abseils.  It had been over 6 years ago that I did Yileen canyon so the first abseil we came to was a bit of a surprise for me since I had no memory of it.

There were several constrictions throughout the canyon with some swims, water slides in some of them. The first abseil goes down into one of the constrictions. A moderate rain band came over the mountains the previous evening before the trip dropping more water into the canyon. This was evident on the second last abseil into the constriction before the main 40m one with around 4 waterfalls flowing in every direction down into the narrow passage soaking everyone abseiling in it making it a fun abseil.

There are two anchor points for the main abseil one on the right which is the dry option and the other that puts you in the full spray of the waterfall which had a good flow to it. We opted for the drier option where the landing is on a rock platform. Since the ropes were long enough we descended all the way to the bottom of the falls with myself remaining on the rock platform to belay. A variation of descenders were used ATC, Hydrobot, Rappel Rack, Piranha. Once we did the final rope pull down immediately a commercial group was already setting up there rope who caught up with us on the final abseil.

It was about a half an hour walk back to the cars from the base of the falls.