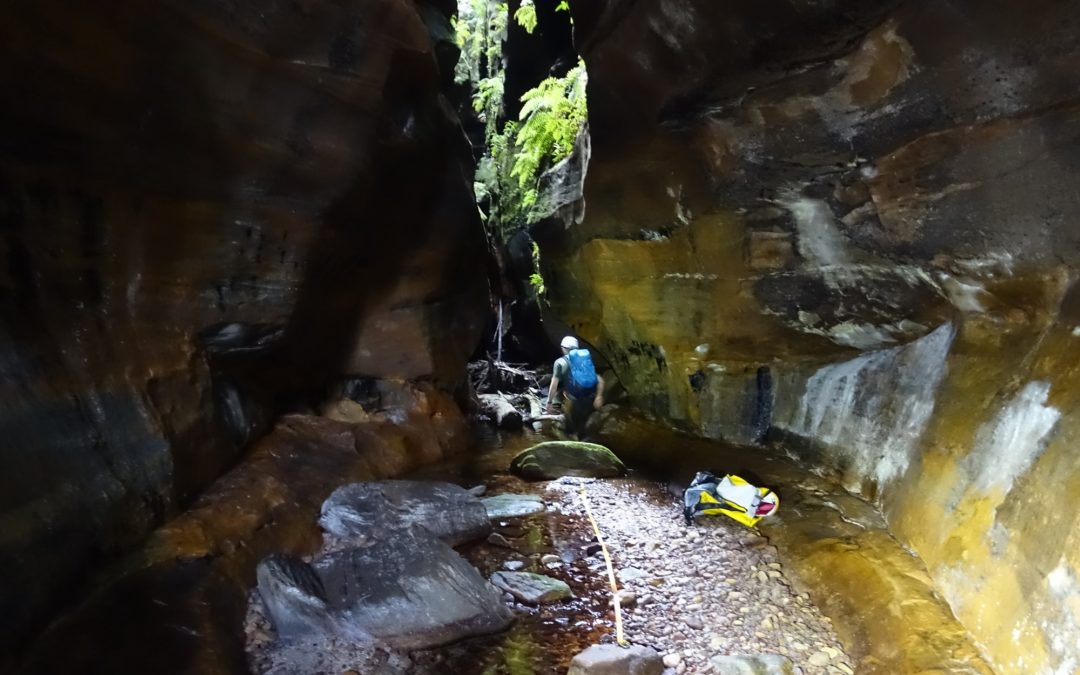 The walk out along the ridge dividing the arms of the Boori is easy, long, and a bit boring. A rough footpad took us nearly all the way to the pass we’d used last week, and then it was a short vague bearing across a saddle and a few slabs to get to the next high point. With ropes considerably shorter than Jamieson (trust issues) we figured we’d aim at the obvious break marked on the map and at worst deal with the cliff not being as high there, although about 20m from where we first peered over the drop, Damon was able to connect two easy scrambles with a ledge, and we were down.

We ended up in the creek for a little while, and it was a bit scrubby, so if you’re a different kind of lazy it might end up about the same to rap down further along. We put our wetsuits on at a hand-over-hand I couldn’t help but do a few times, mostly to retrieve stuff I’d left behind. The walls shot up and we were soon sloshing through deep, dark canyon. “It’s narrow and twisted”. The abseils were all a bit squeezy, but short and with good starts. This helped with anchors, which were a choice between kicking your own stick in or trusting the Mysterious Creaking Log You Can See Through But Hey Someone’s Put A Mallion On It. We put Ron through first each time.

Exit was up an obvious gully onto big open pagodas, then back over the high point to our track in. A short but excellent canyon that’s well worth the walk.