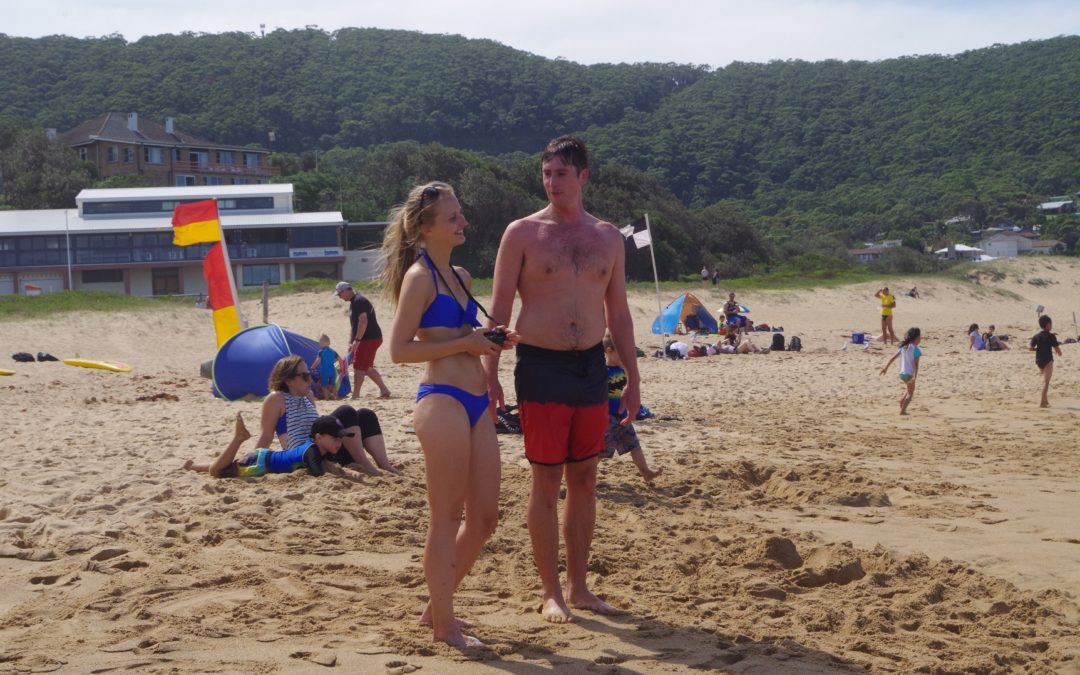 Again, a full turnout for a nice walk on a nice day (with one unfortunate late withdrawal due to a sports injury).

We met up together (mostly) at Central Station for the 1 hour train trip to Helensburgh, with Zeyu getting on at Redfern, Cathie at Sutherland, and Hiswaty caught up with us at Helensburgh.

We then walked the short distance to Metropolitan Tunnel, which is an abandoned tunnel on the old Illawarra Line (closed in 1915 after the line was shifted to its present alignment). We went inside, everyone being very quite and with low-intensity torches so as not to disturb the Glow Worms. After going in for a couple of hundred metres we waited until our eyes adjusted to the dark, and the Glow Worms started showing up, lining the roof of the tunnel way into the distance. Yet, even in the gloom it became apparent how much light was actually let into the tunnel from the distant entrance (unlike the Newnes tunnel, Metropolitan Tunnel is dead straight). I was behind everyone else so I could clearly see them looking like ghostly bodies in the gloom! (And on that point, no one, this time, made any loud ghost noises! – see my report of this trip last year in March. I had a good group this time).
We then left the tunnel – I noted that it was the driest I have ever seen it, after the recent run of dry weather, although there was still a fair bit of mud underfoot.
There was no doubt everyone appreciated the sight of the Glow Worms.

We then walked back to Helensburgh Station for the next train to Stanwell Park. The Wodi Wodi Track starts from Number 1 platform there and we soon found ourselves climbing up this track. We noted the warning sign bout the legendary Austinmer Panther, but as no one had had anything strong to drink, we didn’t expect to come across it.
Along the way we came across a bundle of white feathers – an unlucky Cockatoo perhaps, caught by an eagle? If fact it tuned out to be a feather Boa – maybe left over from Mardi Gras!
We kept climbing until reaching the junction where the Wodi Wodi Track goes left, and the Stanwell Tops Track goes right, and up. Eventually it reached the sport where we intended to have lunch. It was here that Cathie discovered a leech trying to climb onto her shoe – she quickly removed it. (Someone else found a leech on the shoulder of her T shirt – an odd place to be – these were the only two leeches for the day).

Eventually we came out at suburbia at Stanwell Tops and went down the street to look at the Lookout there. Then it was back to the lunch spot, which was on some rocks which were gradually separating from the cliff edge, and will one day tumble into the valley below. There is a decent sort of dry canyon between these rocks and the cliff face.
After lunch we did an explore of some of the tracks at Stanwell Tops, (none of which are signposted) and one took us to a good lookout with views over Stanwell Park (see photos).
Then it was down to Stanwell park via the shop where we got drinks and ice creams (but no cooked chips – see my December trip report of this walk).
Then off to the beach where many of us had a welcome swim in the surf. Linn from Norway remarked that the water was quite cold (and it was unusually cold for this time of year).
We might have had time to look at Otford Tunnel but it would have meant getting the 5.13pm train, two hours later, so we left that for another day.
We got back to Stanwell Park Station 3 minutes before train time, only to find it was running 8 minutes late!

So we made our way back to Central (with Cathie leaving us at Sutherland) arriving there a bit late at 4.30pm.

Everyone had a good day on this fairly short walk, and especially liked the Glow Worms.