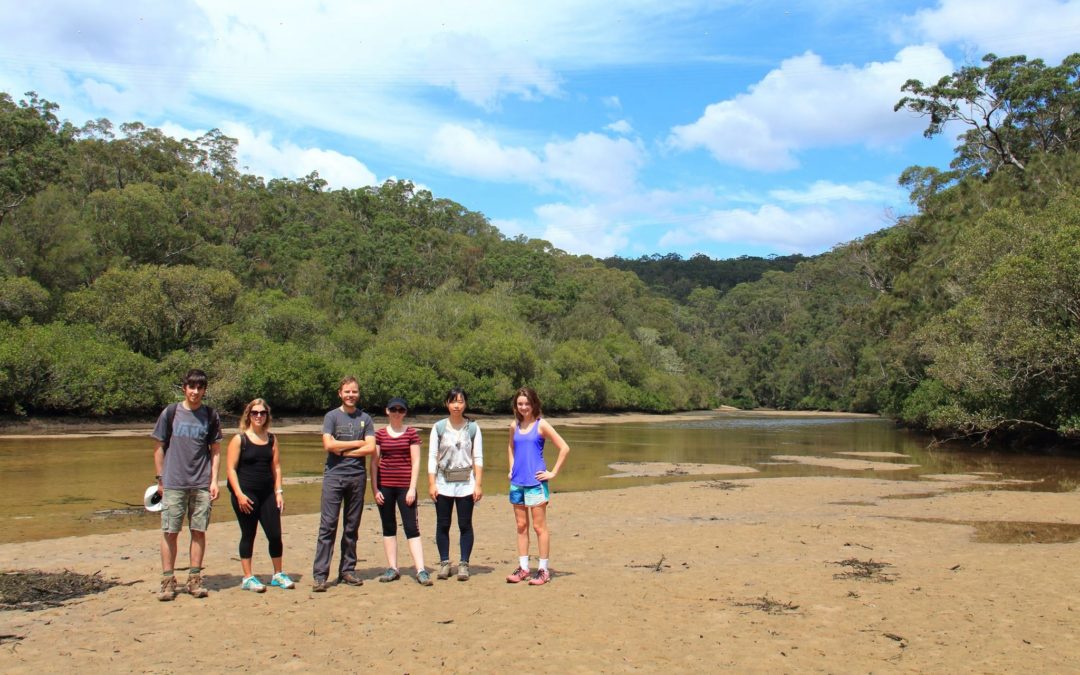 We all met just outside the national parks gate on Bobbin Head Rd in the morning, parking out on the street to avoid the park entrance fee. After a week of rain, it was great to have sunny weather. The walk started at the Sphinx Memorial (that’s right, Sydney has a Sphinx!) and quickly headed into the bush. After a short walk, we reached Cowan Creek which we would follow to the lunch spot. Along the way we spotted several goannas, plenty of birdlife, and some kayakers out on the water. It was also low tide, so we took the opportunity to explore some of the exposed sand banks.

We stopped for lunch at Empire Marina at Bobbin Head. While eating we were entertained by live music and some children feeding the abundant fish. After this very civilised lunch, we crossed Cockle Creek and followed the mangrove boardwalk path, passing some Aboriginal axe grinding grooves along the way. We took a quick side trip along the short rainforest track to find a small creek amongst the trees.

After retracing our steps, we followed Cockle Creek to Gibberagong waterhole, passing more goannas and some very noisy cockatoos. The landscape varied with every turn of the creek, changing from bush to rainforest in the space of a couple steps. After passing Gibberagong waterhole, we had a steep climb back to civilisation. The track here was a bit faint in places, but as long as you continued moving uphill you were heading in the right direction. Then it was just a short road bash back to the cars.

Thanks to everyone who came along!