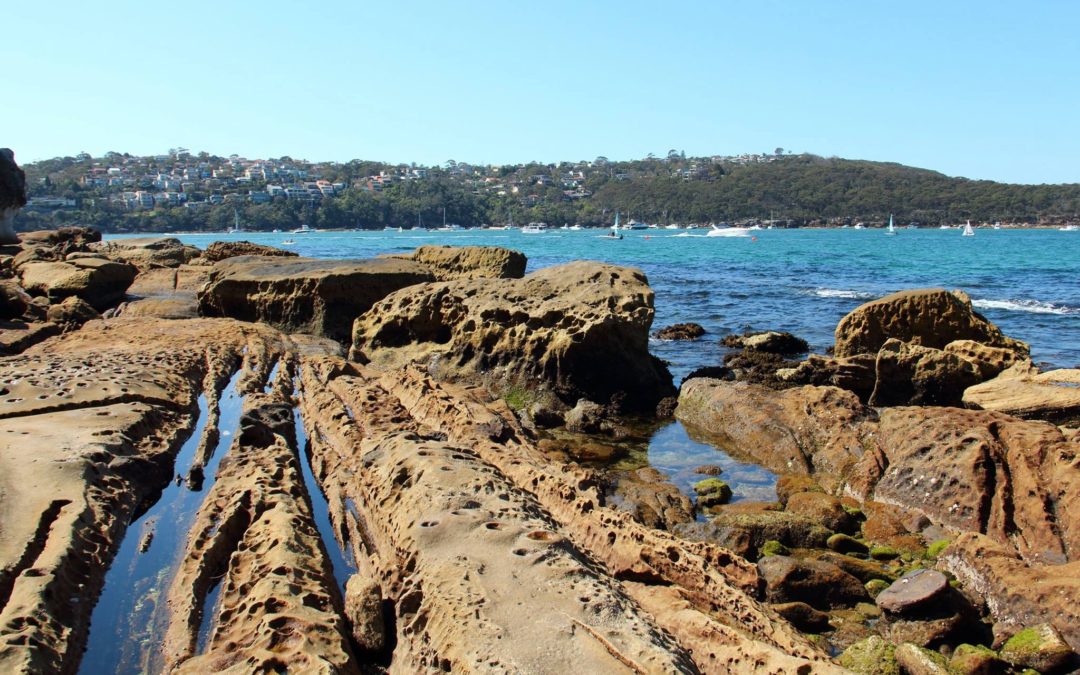 Sunday morning arrived with blue skies and warm weather. Eight walkers turned up at Circular Quay just before 9am, with only one person sleeping through their alarm and unable to make it. Isabelle was running late and sprinted for the ferry, just making it on before it departed. We enjoyed nice views of the Harbour Bridge and Opera House on the trip across the harbour to Taronga Zoo.

At Taronga Zoo we quickly started the walk, keen to keep ahead of the rest of the people on the ferry. As we followed the harbour front, we admired the clarity of the water. With the day quite warm, a swim may have been a nice addition to the trip. The walk to the forts at Middle Head was punctuated by numerous bird calls and stunning views of the harbour and city. We also spotted a few water dragons along the way.

At Georges Heights we explored the old gun emplacements. Ignoring the ‘Do Not Enter’ signs, we wandered through the tunnels, discovering several rooms, and perhaps frightening some of the children standing on the grills in the roof of the tunnels. After this we walked to the old fort at Middle Head. Disappointingly, most of the tunnels and rooms were closed off so we couldn’t do as much exploration here.

By this point, everyone was starving, and the promise of fish and chips at Balmoral ensured a quick walking pace. Balmoral beach was packed with people making the most of the sunshine. Despite a large crowd at the fish and chips store, we didn’t have to wait long for food. After lunch, Ivanilda, Laura, and Phil decided to catch the bus back to the city, leaving only a party of five to complete the remaining 12km to Manly.

From the northern end of Balmoral Beach, we walked on the rocks following the waters edge to Chinamans Beach. We were unsure of whether we would be able to make it through, but managed to navigate it with only a few scrambles over the larger rocks required. We continued to follow the water until we reached Spit Syphon, and then crossed the Spit Bridge.

From here, the walk passed several beaches before entering another area of bush. Just like the first part of the walk, we were spoilt with broad views across the harbour. As we approached Manly, we noticed a black sailing boat that looked like it was straight out of Pirates of the Caribbean. It turns out that it was the Notorious, a recreation of a 15th century Portuguese ship.

We reached Manly by 4.15pm, just missing a ferry. With the huge crowds coming back from Manly Beach, I doubt we would have been able to get onto that ferry even if we had arrived a couple minutes earlier. Even the next ferry was full about 10 minutes before it was due to depart. Luckily we managed to grab some seats on the outside of the ferry for some well-deserved rest on the trip back to Circular Quay.