Cowan to Brooklyn via GNW 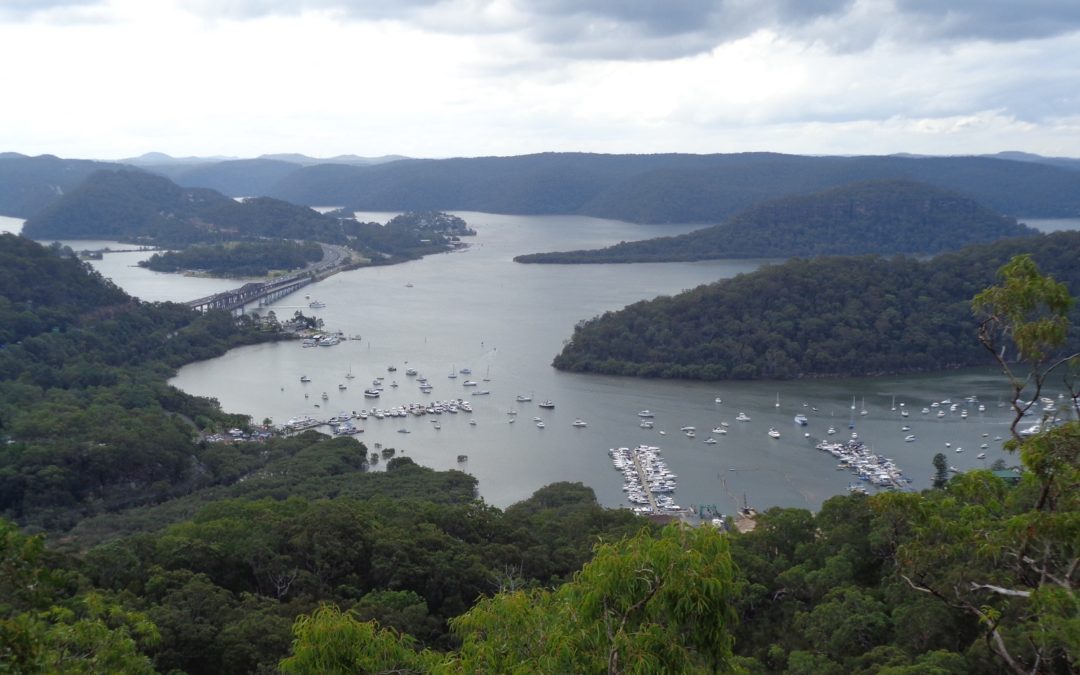 At last, able to write this report after the disruption of 5 days without power last week, and unable to upload the walk photos as well.

More luck with the weather on this walk; although showers were forecast the rain didn’t arrive until literally the last 2 minutes of the walk.

Anyway, 12 people turned up at Cowan station for the walk. Unfortunately there were 3 “no shows”, annoying because I had a wait-list for the walk, and those people unnecessarily missed out (and also not that happy about the person who pulled out at 8.43pm the night before, because “it might rain”, leaving any prospective walkers on the wait-list no time to organise themselves for the next day).

Anyway, the 12 who took a chance that it wouldn’t rain were rewarded with a good walk. After gathering people together momentarily on the old sidings next to the station, along came some officious person from Railtrack shouting at us to move on! Like, we were standing for a few seconds on rusty tracks with a locked gate between us and the running lines – hello! Anyway, we moved off and crossed the M1 freeway and followed the rough track down into the valley of Yatala Creek. It goes through a nice shaded gully and the track traverses the creek for a bit.

On arriving at Jerusalem Bay, it seemed that a leech had taken the opportunity of the passage along Yatala Creek to hop on Xing. Xing not happy. Although advised that they were harmless, he said it “looked disgusting” (see photo). So off it came, and we had a break on the shores of Jerusalem Bay. The tide was low and it was cool, so no swimming this time. At this place we also found a Goanna. After a break, we then set off for the fairly stiff climb up Govett’s Ridge, being a 200metre climb in about 800 metres, so it’s fairly steep. Although not as steep as the various climbs on the Blue Mountains such as Furber’s Steps, it has no formed steps so it is rough. So at the top we had another water break so people could catch their breath.

Then it was down into Campbell’s Crater and Campbell’s Creek. After that, the track again rises by a series of climbs until it reaches a fire trail/rail access road. At one point it uses a “mini Taro’s ladder” (see photo). This continues fairly level for a couple of kms through mostly low scrub. At the point is starts to descend, it becomes wooded again, and also provides a rock shelf where we stopped for lunch. This offers great views over the Hawkesbury River and Long Island.

After lunch we set off again down the track which descends at a fairly steep grade eventually reaching the Brooklyn Dam (a former dam for steam trains). Mindful of a slip I had last time on this walk, I advised people to tread carefully. No slips this time. Some people walking this track swim in Brooklyn Dam, but I wouldn’t advise it – the off-smell of the outlet (which we crossed) gives a clue to the water’s non-quality. Here we also spotted a couple of Bull ants (see photos) with their awesome-looking pincers which can give a painful bite.

After the Dam the track/road rose again up to a low ridge and the levelled out for a while. It was here that we got a few teeny drops of rain, so insignificant that it wasn’t worth putting on rail cover. It didn’t last very long anyway. At a sign marking “Brooklyn 1.3km”, I then branched left to take the old track which used to be the main track through the bush to Brooklyn, before the GNW was changed to go down the Railcorp concrete road, which I don’t like as it is just too steep and on a damp day with fallen twigs on it, can be too easy to slip. The old track does go at one point steeply down a road with loose gravel, so care needs to be taken. Otherwise it just seems like a normal but a bit run down bush track to which we of SUBW are accustomed . I should point out that if you are not familiar with it, don’t take it as there are several false leads off it which end up as dead ends in the bush (as I found out on a walk a couple of years ago). If you plan to do this walk, then reconnoiter it beforehand from the Brooklyn end. Anyway, using the old track paid off, as we got to Hawkesbury River Station just 5 minutes before the next train was due. If we had taken the longer “official” track, then we would have missed it with an hour’s wait for the next train. (Admittedly, on a warmer day, that hour could be spent with Cider at the Angler’s Inn!). It was only in the last two minutes walking to the Station that the rain really started.

So I bid goodbye to everyone on their train back to Sydney, while I waited the extra few minutes for my train north.

This was a good day which tested out some of our new members, who nevertheless enjoyed themselves.