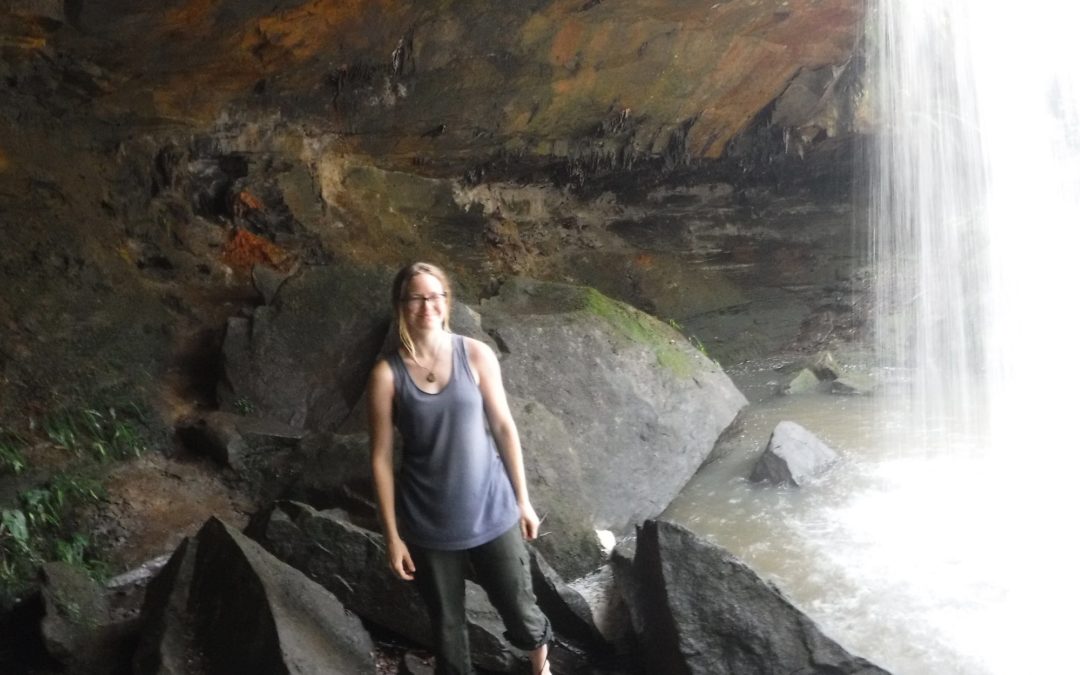 Despite the poor weather forecast, our group met promptly at Springwood station under a wonderfully blue sky. From this point, we sauntered southwest through the streets of Springwood, until we reached the trailhead at the end of Sassafras Gully Road. We then followed the track downhill, making several water crossings until we reached Glenbrook creek.

The water level was exceedingly high, after the heavy rain of the past few days, and the crossings led to more than a few wet shoes. As the ground underfoot was fairly soft and due to the constant need to cross the creeks, a few in the group opted to walk barefoot. The main disadvantage of this decision was the leeches. The rain had spurred these slimy creatures into action, but despite many of the walkers never having encountered one of these parasites, all responded to them well.

At Glenbrook creek, we stopped for morning tea and a few people wandered down to the water to enjoy a quick (cold) swim. The rest of the group, who later meandered down to the creek, received quite a surprise when they realized that some of the swimmers had ‘forgotten’ their bathing suits.

By around 11am we continued along the track following Glenbrook creek. The water was brown and cloudy and evidence of flooding was clear by the debris caught in tree branches above the creek. As more evidence of the rain, we encountered many colourful kinds of fungus and a large ‘lost’ crayfish, which several of the international members in the group mistook for a giant spider. The crayfish was discovered on the track, about 20 meters uphill from the creek. After depositing it back into the creek, we continued onwards, questioning how the animal ended up so far from the water.

We made good time to Perch Ponds and then headed north to Martin’s Falls and Magdala creek. A few members of the group scrambled over slippery rocks to get behind the falls. The flow rate was high and a fine mist of water drifted off the cascading water. Hoping to find a nice spot to swim around Magdala falls, we continued on but settled with a refuge from the leeches, under a large overhang.

We had lunch under the cliffs and then continued along the trail, running into another crayfish that scuttled around the middle of the trail, claws raised, hissing wildly. We lost the track momentarily, as we followed a false trail when we should have crossed the river, but a bit scrambling brought us back to the well-trodden path. Ascending from Sassafras gully, we took the turn off to Lawson’s lookout. Then, instead of retracing our steps, we headed towards the station via a trail that quickly turned us out and onto the streets of Springwood.

We had made great time and were set to catch the train back to central at 3pm. It had been a lovely day of walking, although between the leeches, slippery crossings and the amount of debris across the trail, this trip was a little more challenging than expected. None-the-less, all members of the group did exceedingly well and met all of the challenges with great enthusiasm.