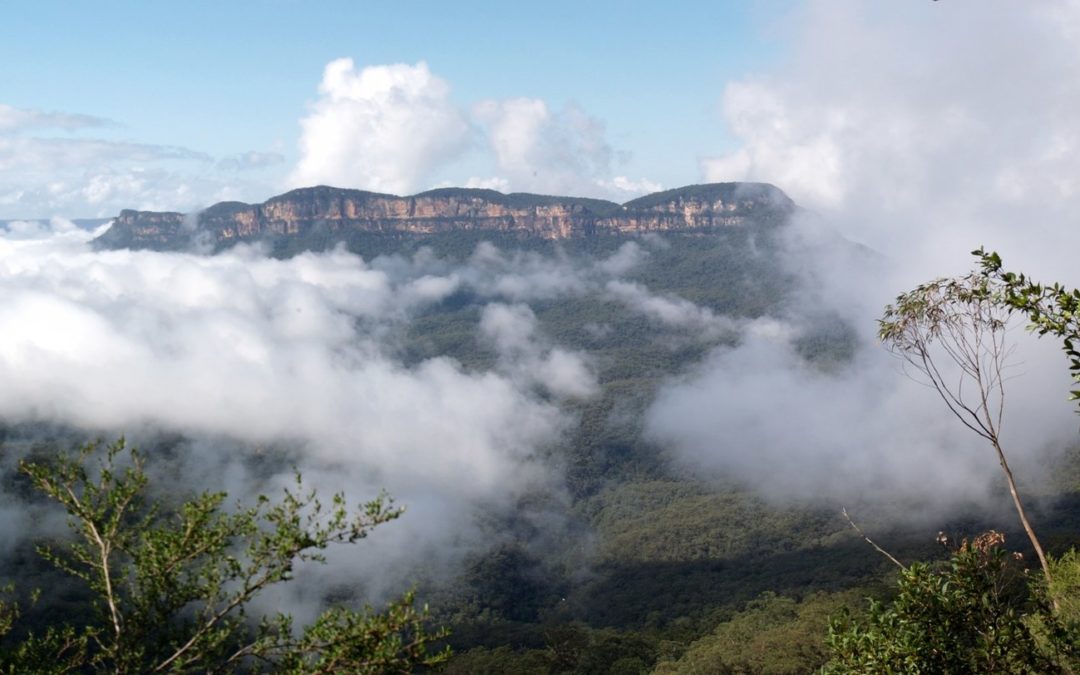 Just a brief report with thanks to the SUBW members who offered advice for our walk, and to those who came and made it a lovely weekend.

We walked the classic Solitary traverse in the end, with a car shuffle that worked brilliantly thanks to our three drivers (Martin, Mark and Sean). We even managed to rescue another group of (enthusiastically thankful Wollongong exchange student) walkers from the long slog back along Tablelands Rd on Sunday, dropping them off at the station.

There were quite a few groups out climbing Solitary and the Ruined Castle, taking advantage of the weekend’s cool clear weather as we were. We passed a large group at Chinamans (which apparently had water, though we didn’t stop), and camped with the aforementioned excitable exchange students at Singajingawell, which had a few murky puddles of water in it that were more or less drinkable with chlorine.

Sunset, sunrise and the stars in between were as beautiful as one would expect, though the orange glow of Sydney on the eastern horizon was a bit eery. Wildlife encounters were mainly with birds and invertebrates- leeches on the federal pass track (which, as Bruce has remarked, do seem to climb aboard mainly when you stop to check for them), tiny black stingless bees drinking our (copious) sweat on the scramble up the side of Solitary, and the whirling songs of lyrebirds drifting up from the Jamison.

In all, a fantastic weekend- again, thanks to everyone for making it happen, and I look forward to seeing you in the bush again soon!