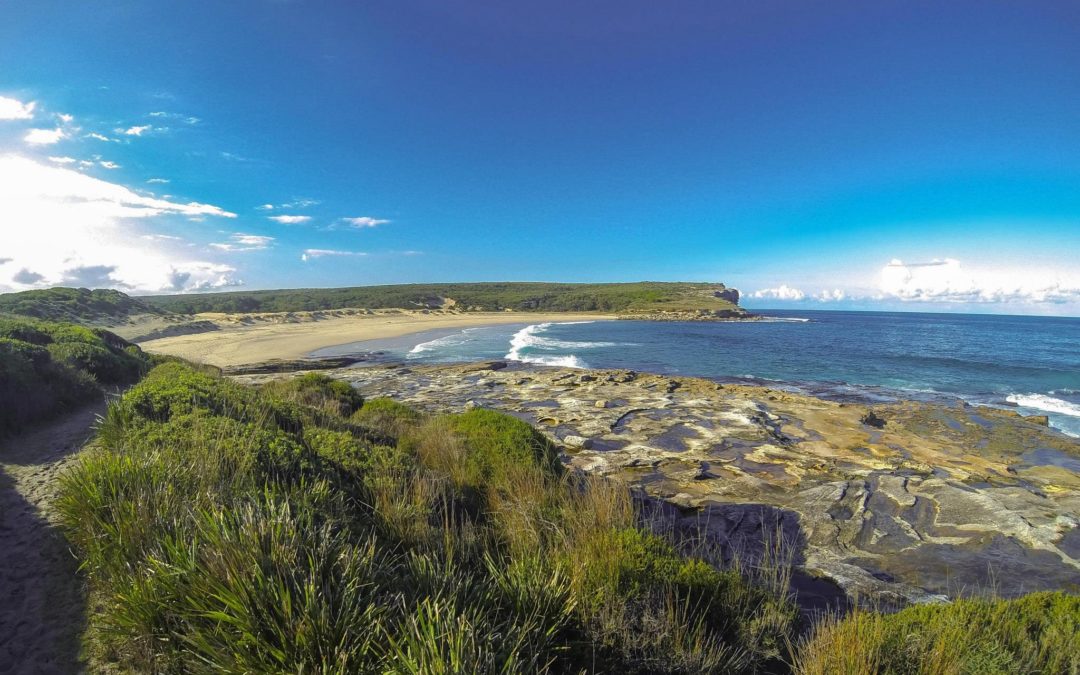 The Coast Walk is is a 30 km hike (includes a few detours) meandering along the spectacular coastline of The Royal National Park south of Sydney.

We chose to start at 06:00 am from Otford Station in order to catch the twilight and sunrise over the Australian East Coast. We were rewarded with mild conditions and cloudy views. The skies were coloured with pastel hues without the glare of a typical Illawarra sunrise. Storm clouds and rain threatened off the coastline, but never impeded our journey, leaving us with a near picture perfect day.

From there we meandered along the cliff lines, descended through forested bushland and ferny groves, walked by sheltered palm jungles, exposed grasslands, rocky headlands, secluded beaches, creeks and streams, bays, rock pools, exposed and weathered cliff tops, colourful rock formations, and many more of mother nature’s wonderful creations. We were also rewarded with sightings of a variety of Australian Flora and Fauna.

There were a number of other groups and couples on the track that day, completing only parts of the track. We also came across a group of tourists doing water jumps and swimming at the lagoon at Wattamolla. The water temperature in the lagoon was a little cool, and the ocean water was still very warm considering we are half way through May. We enjoyed a gourmet lunch thanks to John, had a little swim, and then continued on.

We passed Werrong and Burning Palms Beaches, North Era settlement and camp grounds, Garie Beach and Headland, Carracurrong Creek, Eagle Rock formation, Curracurrang Cove, Wattamolla, Marley Beach, Wedding Cake Rock, and FINALLY enjoyed the water views towards Southern Sydney’s waterfront suburbs whilst sipping on a well-earned ale . . . . or four, at Bundeena RSL Club. Being an older group, we were all nursing sore knees and feet. Three members of the group had not done this walk before and stated that it was well worth the effort and time.

This was followed by a scenic ferry ride from Bundeena Wharf to Cronulla enjoying a spectacular sunset over Port Hacking.

From there we caught the train back to Otford and went on our merry way home to a well-earned rest.

I’m looking forward to repeating this trip in Spring over several days. Hope to see you there.