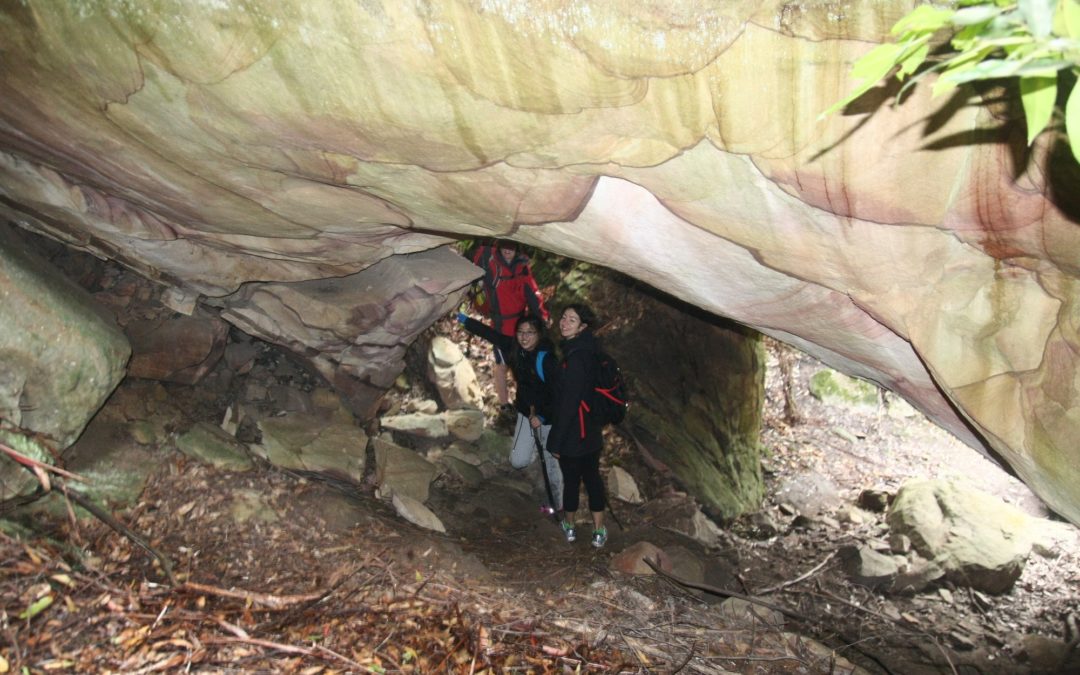 What does one do when you are thinking about a weekend walk, but really can’t decide where you want to go? Have a Magical Mystery Walk, that’s what!

So I put it out there, hoping someone at SUBW would be game enough to come along, and sure enough, a few folk were… It turned out to  be the coldest day of this year so far with a max of only 9C predicted. But no one was complaining, it seemed like they had been waiting for winter! So, with my last minute decision made, we headed off to the Welby/Boxvale track near Mittagong. And, it seemed that no one in the group had heard of it… especially Kundi who has only been in Australia for a few weeks! It was Kundi’s first trip with SUBW, so I hope it has left a lasting (and positive) impression!

The track followed an old coal tramway for the first part, and after going through some old overgrown cuttings we reached the tunnel. Everyone enjoyed that section of course. After a few km we were at a lookout over the Nattai Valley and despite the cold wintery weather we got good views . A nice spot for an early lunch. The temperature was only a chilly 7C. The next bit was a 580m long (150m vertical height) descent down the steep disused tramway to the river valley. Very similar to the Scenic Railway at Katoomba, its bloody steep and was slippery too, so everyone took their time and tried not to slip (much). But arriving at the valley found a peaceful and slightly warmer rainforest with the pretty Nattai River gurgling away. It was slow going due to the slippery track conditions, but I think everyone enjoyed the peaceful forest walking. Quite a few trees were down too which slowed us up. Not that there was any hurry…

We found an amazing natural arch with markings that looked like it had been painted. Then another tricky and very slimy river crossing… Late in the day we arrived at the lovely 40 Foot Falls which had plenty of water coming over. An exploration of the deep cave behind it (Jemma seemed keen on the climbing possibilities there) and a good rest, left everyone looking happy. The walking out was fairly easy, much better than the steep way in. A few Ghost Fungus were found , their main feature is that they glow in the dark, using bioluminescence (I love that word). They are quite common in Eastern Australia, but are poisonous to eat. We arrived back at the cars just on dusk.

Many thanks to Kundi, Ali, and Jemma for coming along and making the Magical Mystery Walk a fun day out!

For the record, I did notify someone about my destination, once I knew where it was to be myself…