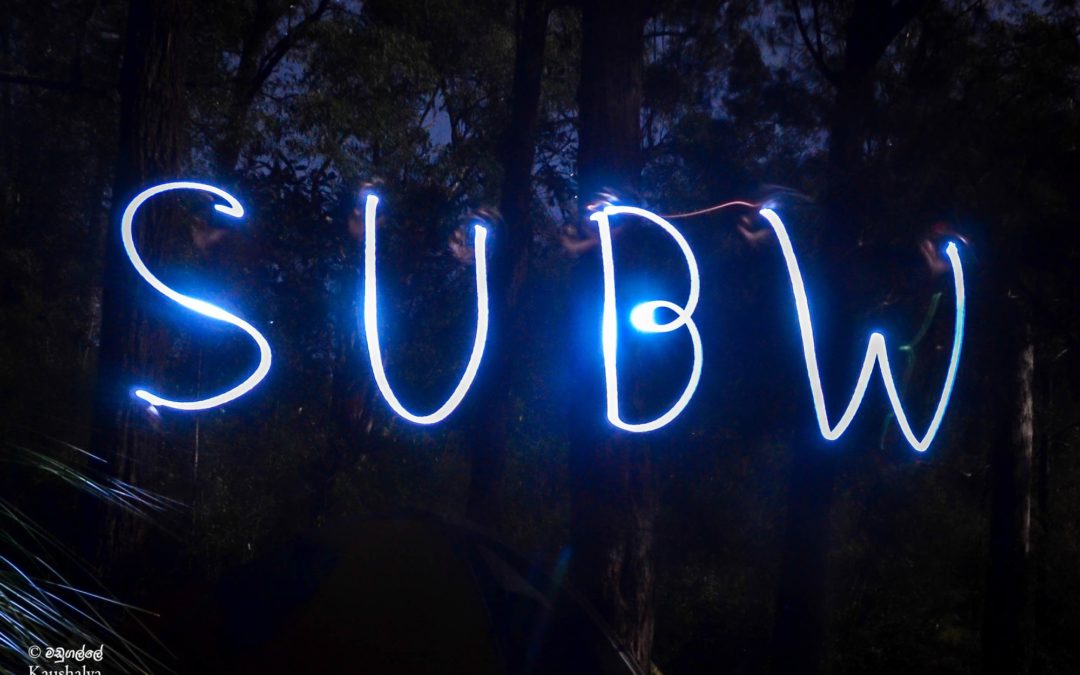 Through out the weekdays I was tightly keeping my eyes on the weather forecast hoping the pathetic raining days could be gone in the weekend, even the last day I even called Chantal to asked her whether I should postpone or press on regardless, although up until saturday morning weather report of Glenbrook showed there will be 5mm rain fall each day during the weekend, the god of luck actually treated us well, no strong sun, no crazy wind, no rain. Temperature was just perfect, life is good.

Everyone have done excellent job to be there on time except me, when I was there after 15 minutes late, everyone was so prepared to go ahead. So we headed down follow the pistag rock track, at the beginning was quite a easy walk, we stopped a bit at the pistag rock lookout take a look down to Erskine Creek, the walk started getting a bit scramble after the pistag rock, heavy bushes over grown by the side, the walk was also getting steeper and steeper, we have to slow down our pace in order to walk down carefully on the slippery rocks, some sessions were quite challenge for the freshers but everyone have done wonderful job for not rolling down to the hill, it was not a long walk at all to the lower lincoln campsite, while we took a break on the rocky riverbed we didn’t realize the campsite was only 50 meters away!

As I wished we reached the campsite quite early, people took their time to set up the tents, lighting up fire, setting up the slack line, be ready to chill out. Denis surprised everyone when he pulled out his actual “non-stick kitchen pot”, just because I told him there was going to have campfire and you can cook your meal, such great effort!! Slack line became our favorite entertainment, they all tried to beat the game of ” who reach the middle who gets the dessert” before Mitch show up at night, rumor said that he could run to middle easily!

After lunch we planned to check out the Dadder cave by following up stream of Erskine creek, the walk required to cross the river a few times, until arrived to the point that have to jump down to swim, some of the people didn’t bring enough cloths to change, so they back out to where we came from, tried another dry walk, about half of us jumped in the pool to have a very refreshing swim and keep ahead. It was my bad that didn’t read the track note carefully about the dedder cave, Kristian and a few others went fast at the front tried to find out but failed. A bandy-bandy snake was found lying quietly like dead in one of the rock hole next to the water, taking a lazy afternoon nap.

At night was just chilled out, the naughty game that I mentioned in the trip proposal seems never happened, Paul and Kaushalya and few others played around with the camera and took some awesome long exposure pictures, everything was so under control without over access to alcohol, I went to bed early, but I did hear some drinking game went on in the later night and some of them end up with skinny dipping after a few drink, oh well if that counts “naughty game”, newbies should now have some basic knowledge about what the traditional SUBW practice is.

Plenty of time again in the second day, I decided to do abseiling course by the little waterfall on the way we walked down from the top yesterday, When we got there I realized that abseiling spot was not really a beginner abseil, the wall was not flat but sort of concave below the edge, which means more or less will bump into the concave wall once they decent below the edge, Kristian helped belaying at the bottom, Peggy gave some overall explanation about what need to be paid attention for, and put everyone on the harness, everyone was doing extremely well, considering this shouldn’t be the first time abseiling at all, no one got injure or back out, such a great success.

It’s about 4km to walk along the down stream of Erskine creek until back to the track walk up to the top, we packed up after lunch and walked on. Very soon we faced the first problem, over the week’s rainfall cause the water level raised a bit, too deep to walk across to the other side as the track note indicated, or either we could keep on the left hand side of the river but it seems too scramble and rocky, I was kinda worry about the safety as we had such a large group, but press on regardless, we were not turning back.

The walk was not easy, no visible track, lots of climbing and sliding along the way, as usually walk along the river tend to be more scramble, Ashley twisted her ankle, someone( I believe was Giorgia?) got a spider bite, Yijun started complained that I cheated him on this trip while it’s supposed to be “freshers” walk, no major accident happened, everyone feel extremely tired but great achievement was made which can forgot all the pain.
In the end of the day we stuffed up our empty stomach in the lapstone hotel, sink some beer, life is good, again.