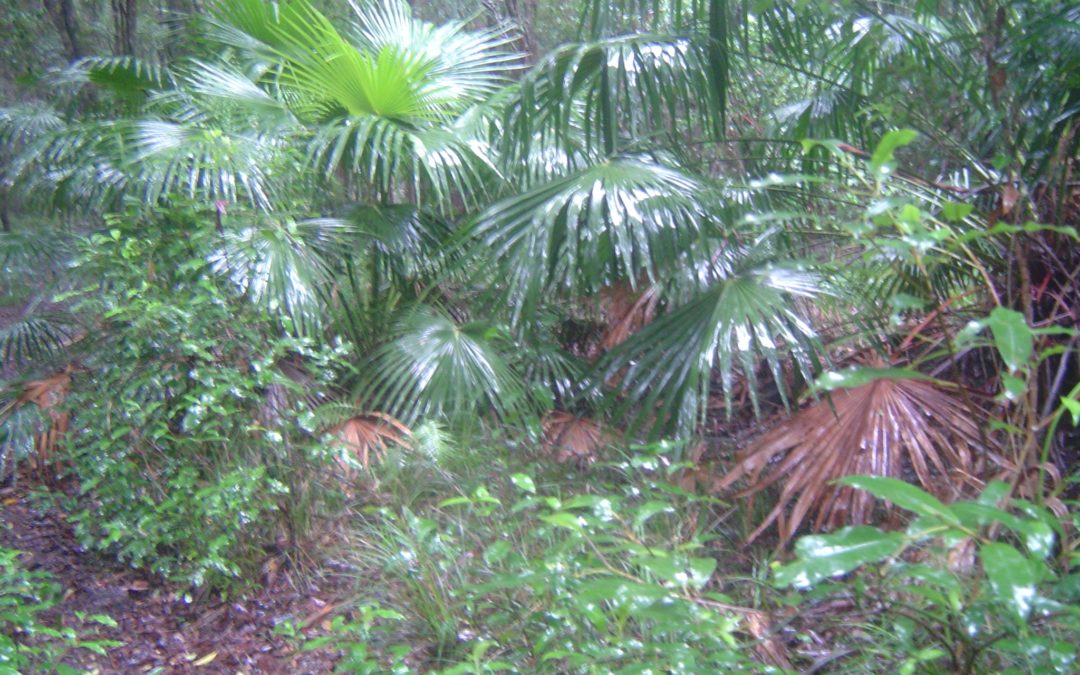 Despite the bad weather 5 brave walkers met up at Central Station for the trip to Helensburgh. We got off at Helensburgh in drizzling rain and having donned raincoats and put up umbrellas, set off for Metropolitan Tunnel. (Because most of the walk was through fairly open country it was possible to use umbrellas, not normally a standard bushwalking item). Metropolitan Tunnel is one of the 7 original Illawarra Line tunnels which were all abandoned in 1915 when the rail line was moved to its present alignment.

On arrival at the entrance of Metropolitan Tunnel, we found that it had quite a large waterfall with the water running into the tunnel. This made the walk in rather interesting and slippery, but we found that as long as we used the sleepers of the track we could avoid a “creek crossing”. Once inside the tunnel we went until we ran out of rail track and then found that to proceed further would mean wading in an underground creek. Still, it was far enough into the tunnel to see glow worms which were out in force this time, and the dull weather let little light inside which made them easier to see. After seeing the glow worms we left the tunnel and onto the local street, and then to a service trail which is surfaced with railway ballast making it a pleasantly dry walk underfoot even in the rain. But from there the track skirted the edge of Helensburgh Tip, with lots of hanging bushes, so umbrellas came down and this was the part of the walk where we got most wet. At the end of the “Tip” section the track become the Burgh Track, which makes its way down to the Hacking river, which (normally) it crosses to continue to Garawarra Farm car park at the top of the Illawarra Escarpment. The last section passes through many palms until reaching the river via an indistinct track.

On reaching the river, however, we found it to be in flood; the stepping stones were well under water, and the larger rocks, normally about 2 metres above the river level, were almost submerged themselves. Not only that, but the water was flowing quite fast. A safe river crossing here was thus out of the question, so we did a bush-bash through thick undergrowth a few hundred metres further upstream to try to find a safer crossing. there were in fact 5 places were in normal weather the river could be safely crossed, but not this time. Our last chance was to explore the rest of the Burgh Track (which we had turned off to get to the river via a side track). So we bash-bashed again up the, through palms, Lomandra and vines to eventually reach the track. We headed south along this until we again reached the river, which this track fords. Depth-testing with a stick found it half a metre deep right at the edge, and with the water so turbid that it was impossible to see what the river bed was like, or be able to detect any sudden deep holes, we had to admit defeat.

This we retraced our steps back to Helensburgh almost the same way we came. We considered catching a train from Helensburgh to Otford so we could at least walk up to the Otford Lookout, but we missed it by a 10 minutes. With some time to kill, we detoured down a track which led off the aforementioned service track, and it turned out to be a track blazed by locals as a short cut to the station. There is a considerable drop though just before it reaches Tunnel Road.

So we went passed the station and went to look at Helensburgh Tunnel. It is another abandoned tunnel across the street opposite Metropolitan Tunnel. At first it looked like we wouldn’t be able to get in, as there was an iron grille and gate at the entrance. I noticed however that the gate appeared not to be locked, so it was just a matter of opening the gate and walking in. This tunnel is short and dry underneath. Passage further north at the northern end of the tunnel was blocked though by a formidable very solid steel fence, obviously designed to keeps 4WDs out. So we returned out the south entrance and back to Helensburgh Station where we had a late lunch. It was also an opportunity to get rid of attached leeches; Andrew had collected about a dozen – the most of anyone. So we returned to Sydney by train an hour earlier than expected, and we all went our own ways. On the trip home we had to stand in the car vestibule and at one point a leech dropped off Anita’s foot and started crawling about the carriage floor, much to the consternation of two young women.

On my return home, I found 3 engorged leeches in my socks (it seems I got the least of anyone). They met an unfortunate fate: I took them up to the chook yard and gave them to the residents, who wasted no time in snapping up what for them was certainly a very tasty morsel.

This was an interesting trip and even though the ultimate destination had to be abandoned everyone enjoyed the experience, especially seeing glow worms.