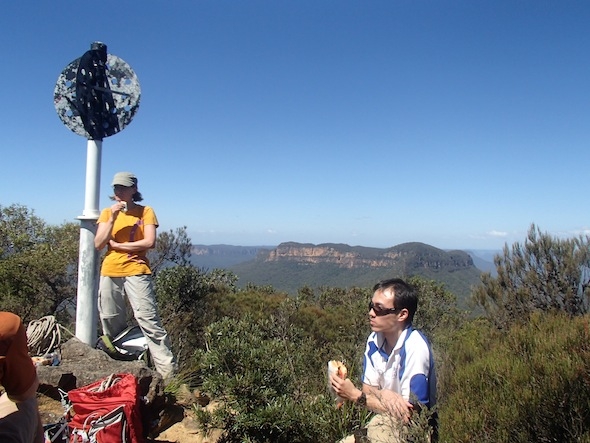 Ulla, Mon and I were looking for a fun and easy trip and settled on Castle Head. It had been proposed as a potential night abseil, so it seemed prudent to do a daylight reconnaissance first.

Out went the announcement and Elissa, James and Chee joined us. We’d heard a lot about Castle Head. Mainly that it was challenging, exposed – actually ‘quite exposed’, and that there were some hairy jumps and a tricky abseil at the start. Anyone but an absolute novice should know that ‘quite exposed’ usually means ‘pretty scary’. Thankfully we’d also heard that the views were spectacular and that it was a really fun abseil trip.

We really had no idea what to expect…

Unfortunately we had a few navigational challenges during the walk-in. In hindsight we should have pulled the map out from the start but as it was we must have skipped straight past the Castle Head track, we then overestimated 1km distance and it wasn’t until we were nearly at Narrow Neck that I called a halt and the map came out.

It was then pretty easy to back track but instead of going to the Castle Head track we thought we’d take a short cut on the closer track, which linked up with the Castle Head track. That was a mistake. After the track petered out we ended up with some heinous scrub bashing for a while. Thankfully everyone was good-humoured, with Elissa pointing out to Peter, an American on student exchange, that he was having the quintessential Aussie bush experience. 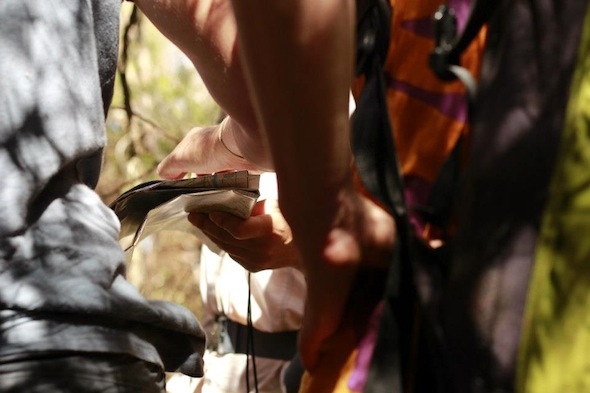 After we reached the Castle Head trig, we stopped for a quick lunch and admired the breathtaking views of the Three Sisters, Ruined Castle, Mt Solitary and the Jamison Valley.

We approached the first abseil with trepidation, wondering what exactly was in store for us? Tom Brennan’s track notes mention abseiling left-handed and swinging to the right and grabbing a tree. Ulla was keen to give it a go and quickly rigged-up and set off. We couldn’t see what she was up to but after a short period we heard ‘off rope’ and then followed in quick procession. It was pretty easy for the rest of us; we descended and then got pulled across – into the tree. It was amusing to watch everyone’s reaction.

We then elected to abseil rather than do the do ‘the jump’.

Although some parts of the track were indeed exposed it never felt unsafe. 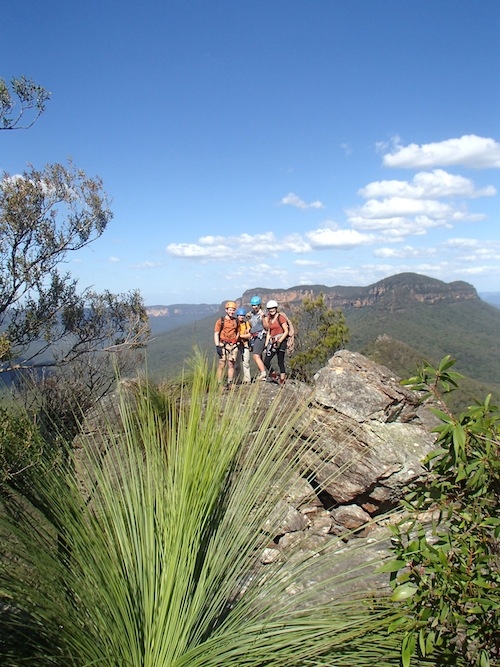 After walking out to the nose, with more breathtaking views of Mt Solitary, we had the option of heading off to the right for the 40m overhung abseil or taking two abseils off to the left. We didn’t have much safety margin in our ropes, so elected for the left route, which was still really nice. 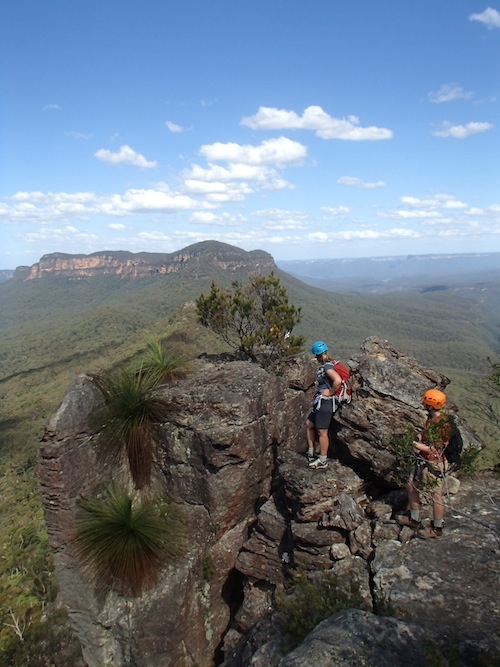 Approaching the nose, above the fourth abseil (photo Monica Wong) 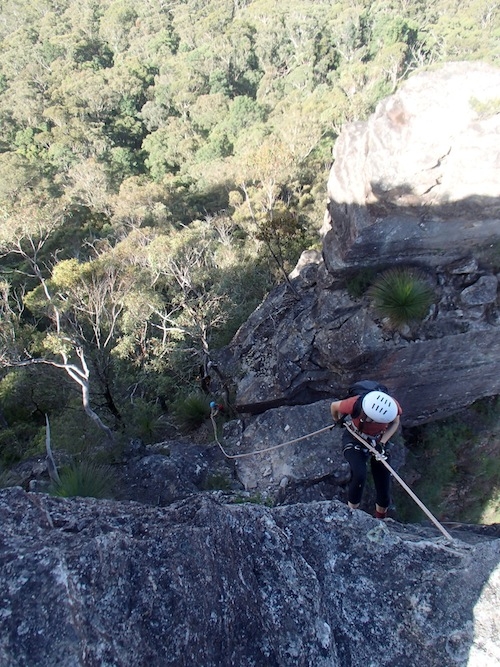 After the final 25m abseil, we took a short break. Elissa had brought us some cooked corn on the cob, an unusual but delicious snack. I highly recommend it! 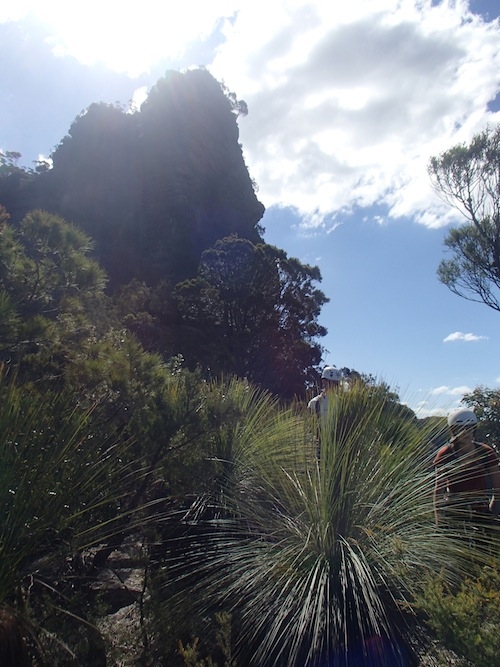 Soon we hit the Mt Solitary track, heading back to the Golden Stairs.

Once there, Chee, Peter and Ulla raced to the top in under fifteen minutes. Elissa, Mon and I arrived soon after to find them collapsed next to the NPWS sign. The smiles were ear-to-ear after Mon ducked into her car retrieving an esky with ice-cold beer! 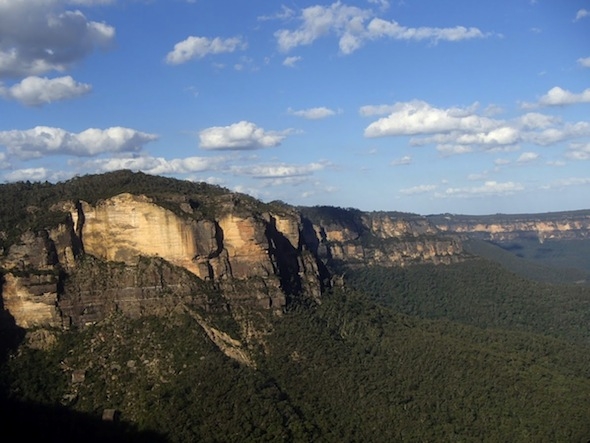