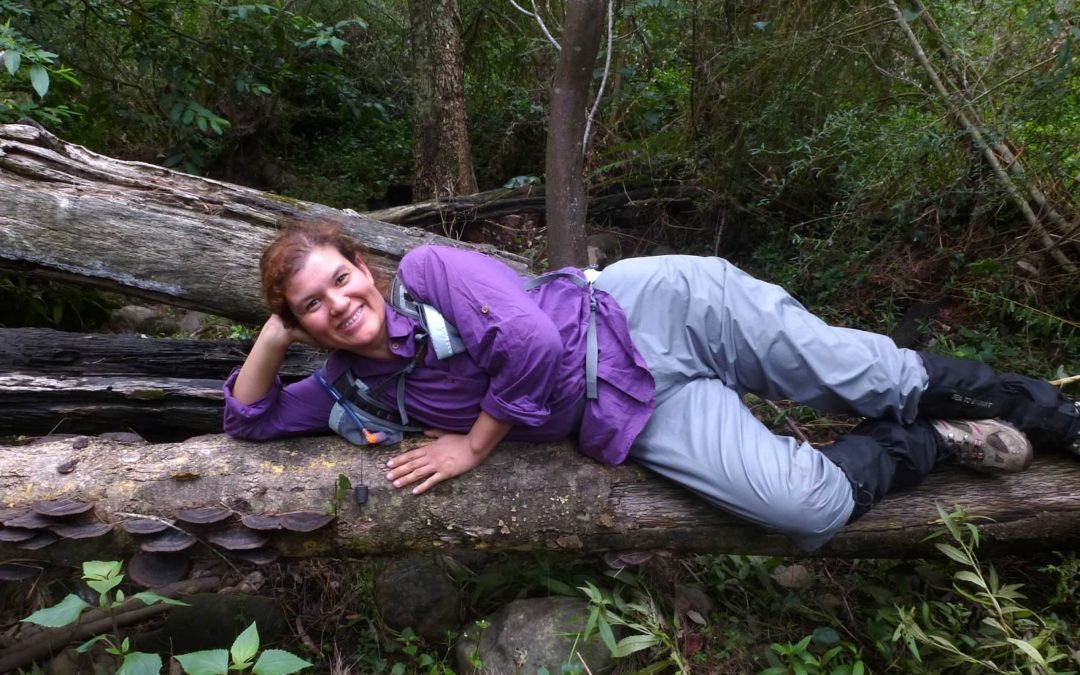 A cool change on Friday night heralded mild summer walking conditions on Saturday for an exploratory walk into the Nattai Valley via The Slott Way. The Slott Way is a fairly new route only marked out some 7 years ago as far as I know. It is described in a small booklet by Robert Sloss, “Bushwalking Cycling in Mittagong and Nattai National Park”. I was curious to find this route, having already been to Mt Jellore and Starlights Track to Nattai River. The Nattai is a fabulous area, wild, rugged and close to Sydney. The more I discover there the more I like it!

The small party of Michael, Lilian and myself,  soon found the track head to Slott Way, although it is a bit of a case of “blink and you’ll miss it!” The track soon descended into a pretty ferny canyon. It was here we made a wrong turn, easy to do on what is a rather vague track with markers that are sometimes hard to find. After a bit of track searching, bush bashing and soul searching, it was obvious we had lost the track. A return to the last known track marker proved we had missed the trail and soon we were back on course. As long as we paid attention to the markers the way proved to be straightforward. But this is no place to be complacent. The whole route demanded constant observation, as some markers were on fallen trees, and sometimes just hard to find. Not many people seem to come this way, so the track is not well worn. Both Lilian and Michael demonstrated their navigation prowess by keeping us all from losing our way again!

After some time we reached Malcolms Pass which has great views up and down the valley and to the impressive cliffs of Ahearn Head. The track then found its way 200m down the cliffs via a rocky spine and we descended into the lush, green and peaceful Nattai valley. From there, good views of the remarkable outcrop of Russells Needle came into view. I’m planning to revisit the area in the cooler months and have a go at climbing the Needle.

Lunch was taken at the Nattai River which was well up, due to the large amount of rain we have had recently. The original plan had been to investigate the track down river to loop with Starlights Trail. Although we were running a bit late, we all decided it was worth a go. Again the track was faint in places, but we managed to follow markers for almost 2km to Emmetts Flat. A party from Sydney Uni Bushwalkers were there and so we swapped some notes and chat before heading up Starlights Trail to loop back to the start of our walk. We had set off at 10.30am, and it was now 5.30pm!! But, with long daylight hours, we made it back to the car by 7.30pm. We had covered 16km in 9 hours…. It was rough going at times, but all of us agreed the walk was well worth it! I’m now looking forward to returning later this year, for an overnighter to tackle Russell’s Needle!
Christian Wilson