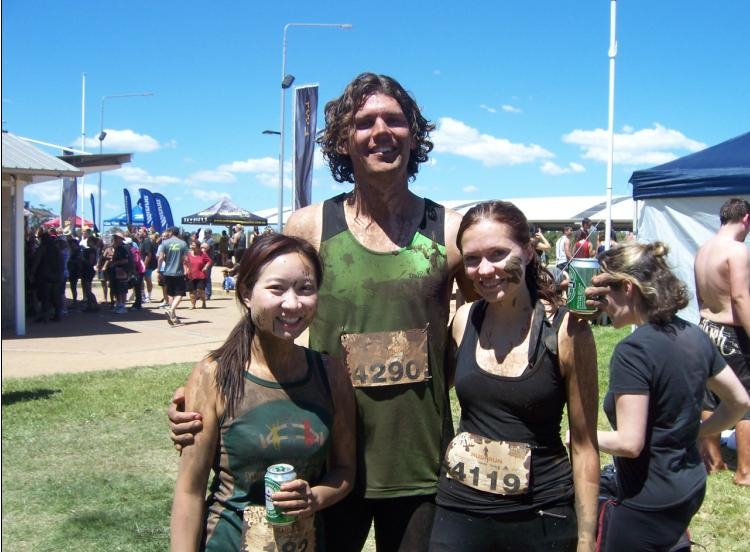 Note: This report has been edited from the original pdf version which contains extra annotations to the images.

This page alone has everything you need to know and see. These 3 pictures basically summarise the whole adventure. 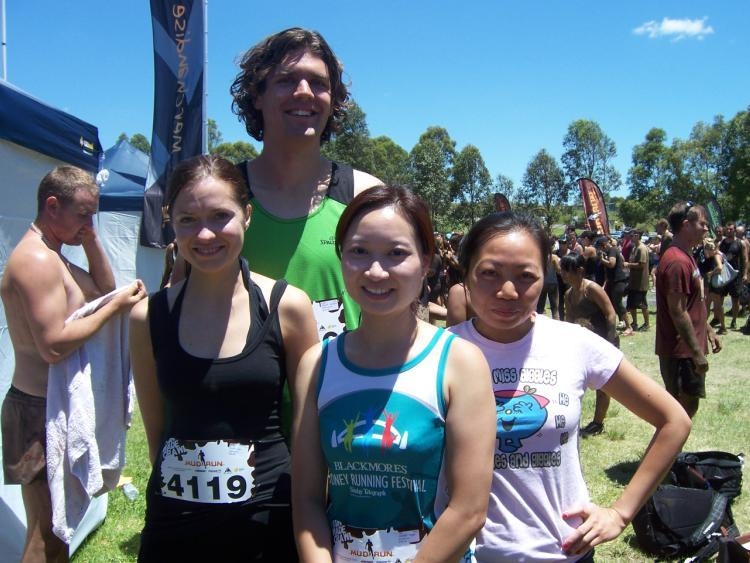 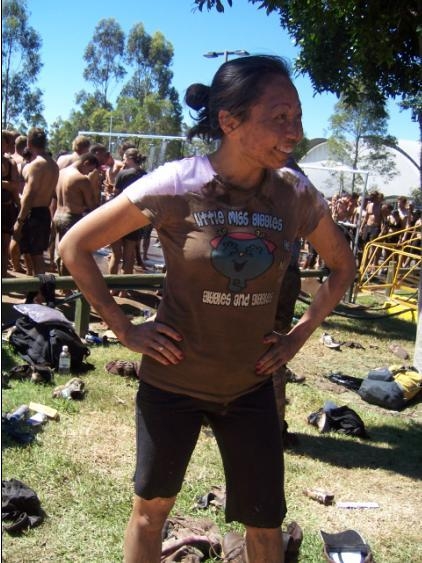 But if you want more details of everything that happened in between….

The day was off to a slow start. We waited in line to pick up our rego things, drop our bags off, and collect our vouchers for the post race rewards (beer, energy drink, Mud Run shirt ect). Most of our group pre-registered for the 1pm start (“waves” of runners have been starting every half hour since 9am). All around us, there were people who had already finished the race (the people covered in mud), seeing them made us impatient to start. JUST WANT TO DO IT! 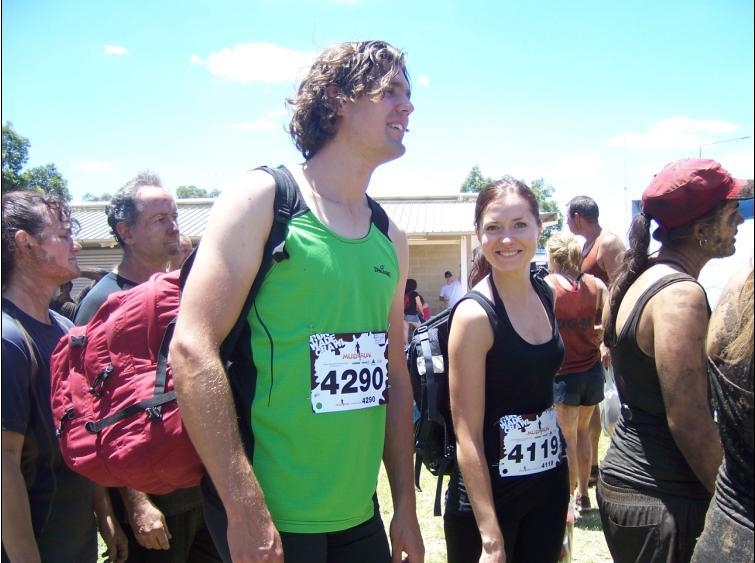 This was the second last obstacle; “Pillow Talk”. Heaps of people didn’t make it up and over this giant yellow pillow. Kosta did, he just had to DO IT!….I did too, I had to DO IT!! better. 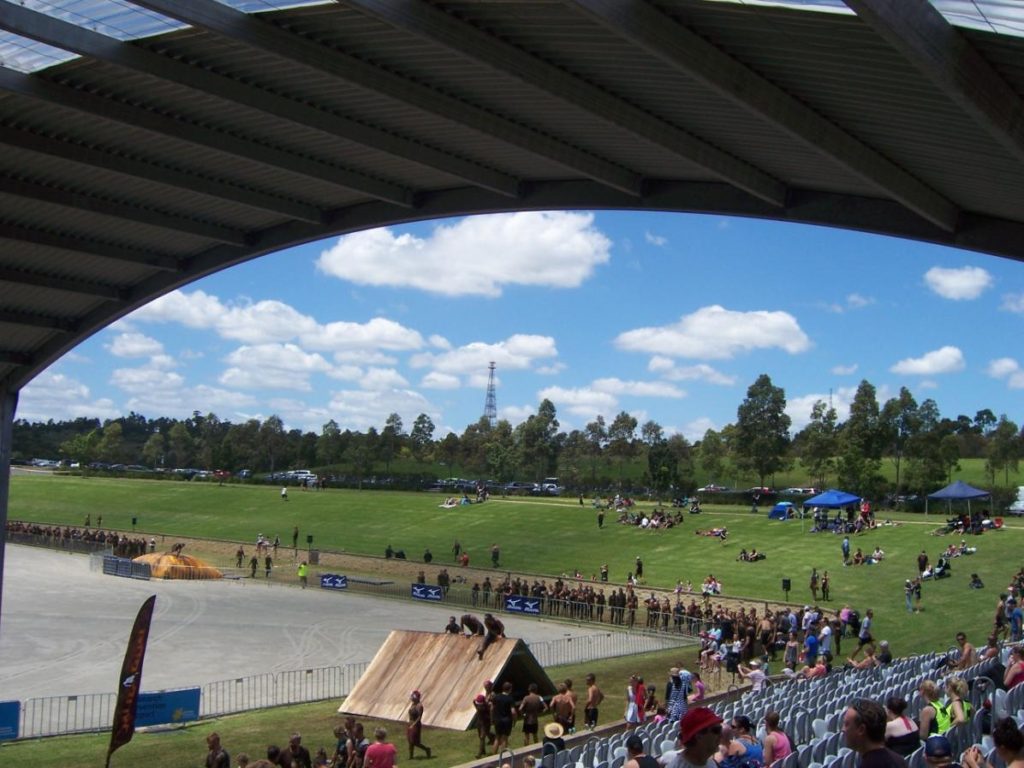 This was the last obstacle; “House With No Walls”. Different people had different styles of getting over. Some put in a really good run up and got over with leg power. Some relied on just getting enough speed to place their hands on the top and “Muscling Up” with arm power. Some got help from people sitting on top, some didn’t get over, and some didn’t even try.

With most of our team overtaking people during the race (we didn’t see a single person pass us), it’s safe to say we won our wave. SUBW represent!!

Yes, we did it for fun, but it doesn’t hurt to win.

If you missed the Mud Run:
I know about 5 – 10 SUBW members that will be doing the Warrior Dash on Feb 11. If you’re coming too, come and say hi to us. This isn’t intended to be an official SUBW trip (just a social thing for us).