A Bushwalking Memoir from the 1940’s 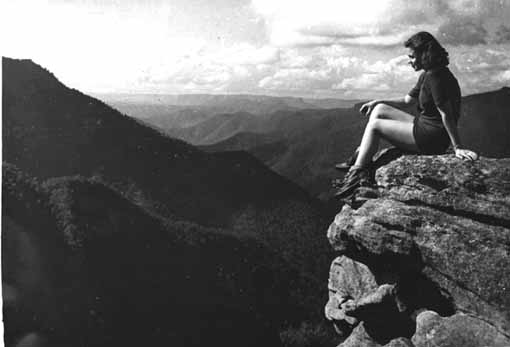 Arriving from Perth in 1947 to take up a job in the Chemistry Department, one of the highlights of Sydney life for me was bushwalking weekends. These seemed to occur every third or fourth weekend – usually by train on Friday evening to Katoomba or Blackheath for the Blue Mountains, returning Sunday evening- a wonderful and affordable way for the young and energetic to get to know and appreciate the world around them and specifically the Blue Gum Forest, Narrow Neck, the Wild Dog range, the Jamieson; and Megalong Valleys, the Cox, Kowmung and Grose Rivers. Sometimes we walked down to and along the Shoalhaven via the station at Tallong. In summer we camped at Era Beach, after a short walk through the Royal National Park. We lived by conservation principles and were, I now realise, early Greens.

These bushwalks of mine were usually arranged and led by people from the Chemistry Department and were not always scheduled walks of Sydney University Bushwalkers, although some were. Ted and Adrienne Thompson, both of whom worked in Chemistry, initiated many of them. Ted years later became Professor of Biochemistry at the University of NSW. I was grateful to the Thompsons for introducing me to the mountains. Ian Ross led several walks including the notorious occasion in 1948 when lan, Harold Welsh and I became accidentally separated on Misery Ridge on a walk from the Kanangra Walls road to Yerranderie. (A search was initiated in which many SUBW members were involved, embarrassingly for me; all ended well three days later at the Yerranderie end). Yerranderie, Colong Caves and the Burragorang Valley, all of which were reasonably accessible even those car- free days, are now cut off by water catchment areas and the Warragamba dam.

Black and white photographs of doubtful quality are available from some of these walks; sadly the labelling, when it exists, often only has first names and the names of the others are lost in the 48 years of time. I describe briefly below these “illustrated” walks and hope that the participants may be recognised by someone.

1. In August 1947 I went on a SUBW walk led by Bill Woof (Wooffie, he was called), where others there were red-headed Enid, Bruce Lawton and two young men named Hugh and Kevin. From the blurred prints in my album, we camped at Corral Swamp on Narrow Neck and proceeded via Clear Hill cliff ladder and Debert knob to the Jamieson Valley (where I record that the cocoa froze overnight in the billy) then up Kedumba Pass to Kings Tableland. Memories of that walk are blotted by my having drunk water from Kedumba Creek and becoming very ill. 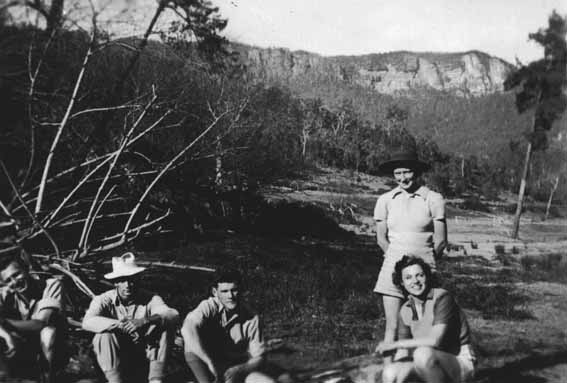 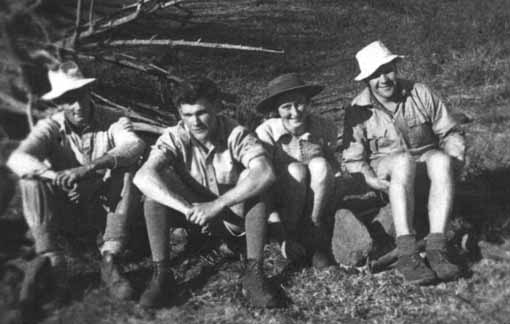 2. In November 1947, the Thompsons led a mob to Era through the Royal National Park. We took the train to a halt at Lilydale, which I think has not survived, and camped the first night in a Lilydale cow paddock. There was an easy and attractive walk along the cliffs overlooking the Pacific, which included somewhere a cool-drink kiosk which must have had road access, perhaps at Garrawarra. I always thought of these beaches as accessible only by walking, as indeed they were, with cliff descents. Camping at Era gave access to marvellous views and to other beaches at Burning Palms, Garie and Wattamolla – Garie in those days was famous for having a nudist camp. There were shacks at Burning Palms and South Era. My photo of a rest stop on the cliff walk, perhaps taken by Adrienne Thompson, includes: L-R: Keith Clark, two unknowns, Ted Thompson partly obscured, Neil __(in hat), Diana Marmion, Wendy Blake, Howard __ and Shirley __.

3. For a long weekend in June 1948 the Thompsons took a group to Kanangra Walls thence down across the Cox Valley and up to Katoomba. We travelled to Kanangra in the luxury of a taxi-truck (illustrated) which carried nine walkers and their packs. The remains of a timber floor in a spectacular cave at Kanangra Walls was described as a one-time dance floor used by patrons of Caves House at Jenolan – was this a myth? If not who built it and why? After lunch we hurtled, I remember, down a tremendous slope and waded a substantial river, carrying packs on our heads. I have not recorded which river it was and my map does not help me. 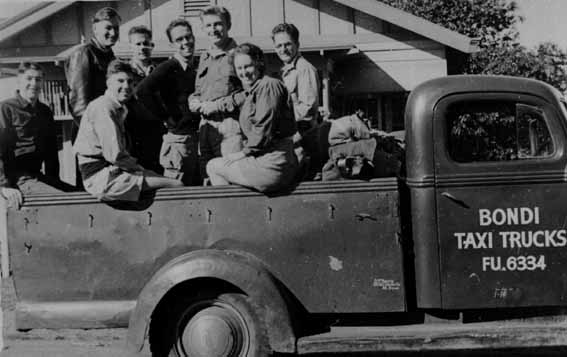 The Blue Gum Forest was one of my favourite places but did not photograph well.